Pakistan to bring home body of journalist killed in Kenya 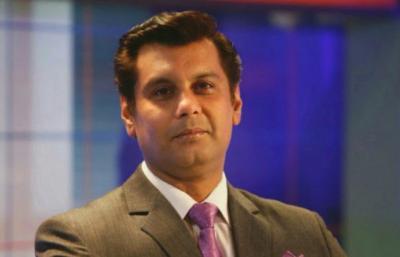 The body of an outspoken Pakistani journalist who was shot and killed by Nairobi police while living in hiding in Kenya is being repatriated to Islamabad on Tuesday, the government said.

The killing has stunned Pakistan’s journalist community, which has demanded a detailed probe into the incident.

Arshad Sharif was killed on Sunday night when the car he was in sped up and drove through a checkpoint outside the Kenyan capital and police opened fire.

Nairobi police have expressed regret over the incident, saying it was a case of “mistaken identity” during a search for a similar car involved in a child abduction case.

When the car in which Sharif was traveling in with another Pakistani resident, Khurram Ahmed, failed to stop — for reasons that remain unclear — despite being flagged down at the checkpoint, the police opened fire and laid chase. Sharif’s car flipped over; he was shot in the head and killed.

His family in Pakistan said that Ahmed, who had initially been identified as Sharif’s brother by the Nairobi police, was not a relative but that he was the driver of the car, according to information they received.

There was speculation that Ahmed was hurt in the incident and taken to hospital but officials in Kenya have not announced any details about Ahmed’s condition and whereabouts.

The 50-year-old journalist fled Pakistan in July amid threats to his life. A Pakistani plane departed from Kenya earlier on Tuesday, carrying Sharif’s body, and was expected to land in Pakistan later on Tuesday night, Information Minister Maryam Aurangzeb said.

On Monday, Pakistani Prime Minister Shahbaz Sharif, who is not related to the slain journalist, spoke with Kenyan President William Ruto about the incident.

Pakistani diplomats were in attendance at the Nairobi airport when the plane with Sharif’s remains took off. Later Tuesday, it stopped in Doha, Qatar, before proceeding on to Pakistan. Sharif’s family said his funeral will be held in Islamabad on Thursday.

Arshad Sharif left Pakistan in July to avoid arrest following a citizen’s complaint against him on allegations of maligning the country’s national institutions, a reference to the military.

His whereabouts were not publicly known; most of his relatives and friends knew only that he had spent time in Dubai, the United Arab Emirates, and London. A month later, Sharif’s employer — the private ARY Television — fired him, saying he had violated the TV station’s social media policy. His talk show POWERPLAY, which aired on Mondays and Thursdays, was discontinued.

The station had earlier in the year remained critical of Pakistan’s prime minister following the ouster of his predecessor, Imran Khan, in a no-confidence in the parliament in April. Khan claims he was ousted under a U.S. plot, a charge both Washington and the Pakistani government deny.

Sharif had been a prominent critic of Khan’s ouster.

Pakistani journalists and the international media watchdog Reporters Without Borders have demanded an independent probe into Sharif’s killing while a popular Pakistani anchorperson, Hamid Mir, on Monday said there were contradictions in the Nairobi police statements about the incident. (AP)