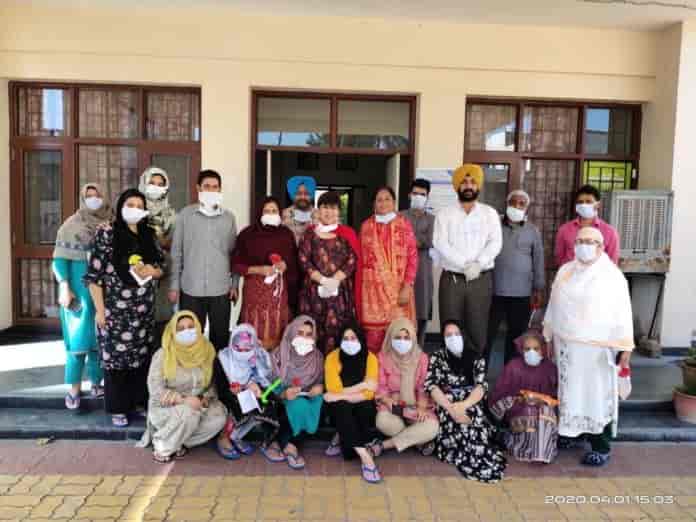 The students who have completed their quarantine in Amritsar have alleged that passengers from other states have been allowed to return to their states and that they are being disallowed to do the same.

Talking to The Kashmir Walla the students who are studying MBBS in Pakistan said that the DC Kathua is not allowing them to return to their homes despite the district administration of Srinagar approving their return, ” We spoke to DC Srinagar and he has been very helpful, sadly though we are being told that the DC of Kathua is not allowing the movement of Kashmir students to their respective homes,” said a student.

The stranded also have issued a statement , “We 14 female kashmiri students who have been staying here in quarantine at Shiri Veveik Anand Rehablitation Center in Amritsar since 19th of march uptill 1st of April have as of yesterday completed our quarantine period.”

Further adding, “Due to the current situation and on going curfew we are unable to get back home but 29 other passengers (all from different states mainly Delhi, Goa and UP ) also crossed the border with us and were quarantined in the same place have been accepted by their states and have been safely transported to their respective residences.”

The students further said, “We have been informed by the higher authorities that there is an advisory issued by the central government that no interstate transport will be allowed till the lockdown, if so, how were the 29 other passengers allowed to enter their states.” They questioned.

Hopefully we will get some good news on your behalf,” The statement concluded.