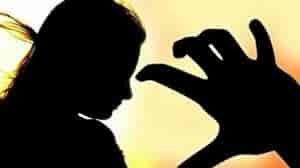 The bill is a response to a public outcry against a recent spike in incidents of rape of women and children in the country and growing demands for effectively curbing the crime.

The passage of the bill comes almost a year after President Arif Alvi approved the new anti-rape ordinance that was cleared by the Pakistan Cabinet, calling for the chemical castration of rapists with the consent of the convict and setting up of special courts for speedy trails.

The Criminal Law (Amendment) Bill 2021 bill was passed along with 33 other bills by the joint session of parliament on Wednesday. It seeks to amend the Pakistan Penal Code, 1860, and the Code of Criminal Procedure, 1898, the Dawn newspaper reported.

“Chemical castration is a process duly notified by rules framed by the prime minister, whereby a person is rendered incapable of performing sexual intercourse for any period of his life, as may be determined by the court through administration of drugs which shall be conducted through a notified medical board,” according to the bill.

However, Jamaat-i-Islami Senator Mushtaq Ahmed protested over the bill and termed it un-Islamic and against Sharia.

Chemical castration is the use of drugs to reduce sexual activity. It is a legal form of punishment in countries including South Korea, Poland, the Czech Republic and in some states in the US, according to media reports.