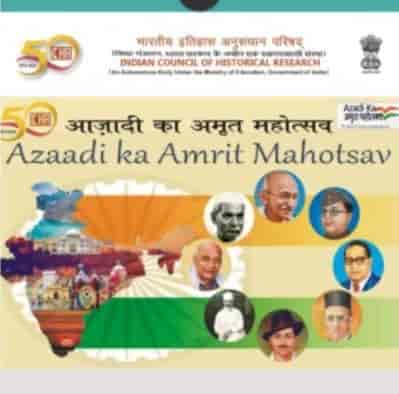 The Opposition parties have termed it “deliberate” the government’s omission of India’s first Prime Minister Jawaharlal Nehru’s image from a poster celebrating the 75th year of independence, with Congress asking the PM Narendra Modi to “rise above prejudices”.

The Indian Council of Historical Research (ICHR), an autonomous body under the Ministry of Education, has been running a series of lectures and seminars on the theme of the Independence struggle under the “Azadi ka Amrit Mahotsav” celebration.

“Why is Prime Minister silent on omission of Nehru’s picture from ICHR”s celebration of [email protected] This goes against all facts and authentic history,” said Congress leader Jairam Ramesh.

“We know PM wants to obliterate Nehru’s legacy, but this is unconscionable! He must rise above his prejudices and tell ICHR to fix it,” Ramesh said.

After facing flak from the opposition, the ICHR said the controversy over the issue is “unnecessary” as other posters being released in the coming days will feature the first prime minister.

“We are not trying to undermine anyone’s role in the movement,” news agency PTI quoted a top ICHR official as saying who also dismissed criticism on the issue.

The official, as per PTI, said the poster was one of the many released as part of the Azadi ka Amrit Mahotsav celebrations.

“This is only one of the posters released as part of the Azadi ka Amrit Mahotsav celebrations. There will be several others and Nehru will be featured in them… controversy around this is unnecessary,” he said.

Senior Congress leader P Chidambaram also hit out at ICHR over the controversy and said the explanation given is ludicrous.

“ICHR Member-Secretary’s explanation for the omission of Jawaharlal Nehru from the first digital poster to celebrate 75 years of independence is ludicrous,” Chidambaram said on Twitter.

“After bowing down to prejudice and hate, it is best the Member-Secretary shuts his mouth,” he said.