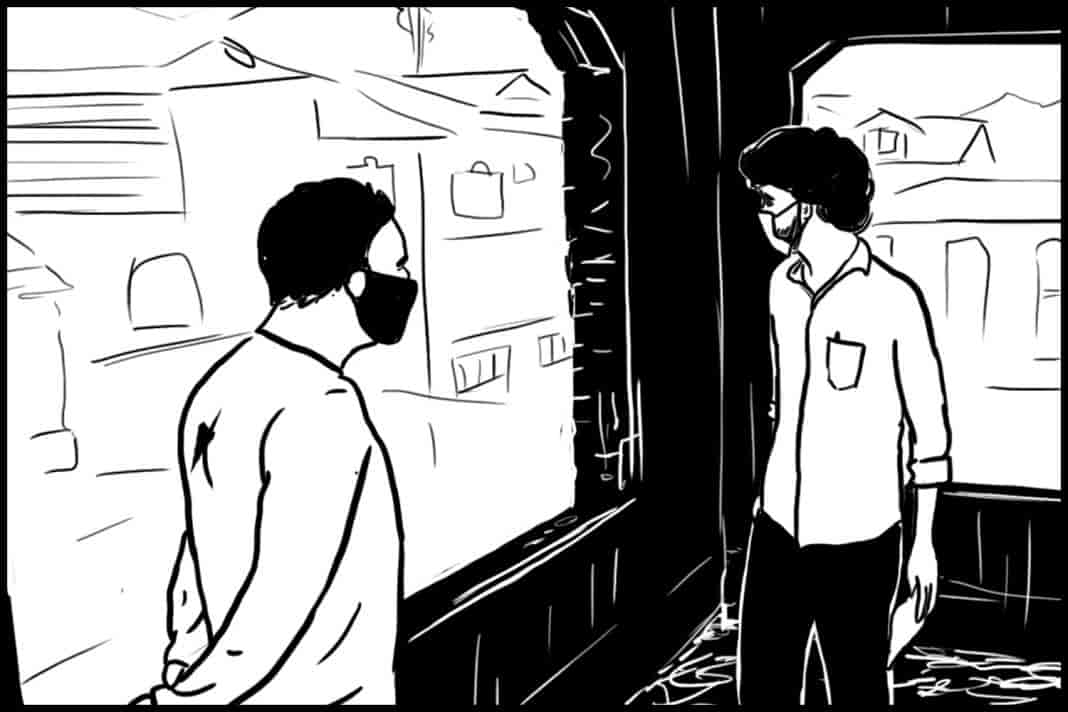 I grew up in a Muslim family in the old city of Srinagar. My childhood memories are of gatherings of Sunnis and Shias outside the shrine of Sheikh Jeelan, singing nouhas, songs commemorating the events of Karbala. The other vivid memories I have are of protest marches passing through my neighbourhood.

Even as a child, drawing was how I made sense of the world, how I would preserve my memories. These were, however, just the equivalent of scribbling in personal journals. I would observe the intense emotions. The interaction of those around me with the surroundings around them.

I remember never reading the front page of a newspaper but flipping its pages, looking for a cartoon in a little box on some corner. The art of conveying emotions and messages through those little boxes appealed to me.

Also read: As guns silenced, a firefighter returns to his burnt home

As I came of age, this became my means of communication with the world. I began making small graphic strips and drawing an opinion on specific issues. When I enrolled myself in an arts programme at the University of Kashmir, I experimented with my work. I consider half of them as failed attempts. In my journey, reading text played an important part in developing my body of work but graphic novels fascinated me the most. Especially the work by graphic novelists like Art Spiegelman, Malik Sajad, and Marjane Satrapi.

My real turning point, however, had been coming across the work of Joe Sacco, a Maltese-American comic book artist, and journalist. His body of work is not just a memoir but a reportage in the form of comics and that is how I was introduced to graphic journalism.

I began going out in the field, as a reporter would, to get a closer look at the society that I was drawing about. It was, at first, a little out of my comfort zone but I soon realised that it gave me a bigger picture of what was unfolding on the ground which, in turn, I reflect in my stories. Being a witness to the events is shaping me and my work.

When I had begun as an editorial cartoonist, I wasn’t sure if I was ever going to do anything besides that. However, I kept on reading Sacco and other graphic journalists including Patrick Chapptte and Guy Delisle among others. On some occasions, I was able to get a peek at Mr. Chapptte’s graphic stories behind a paywall on The New York Times.

Besides political satire, my work has been focused on the ideas of home, memory, and identity through illustrations and comics. The text has its limits but combining it with illustrations allows me to tell stories innovatively and profoundly. In one of his talks, Mr. Chapptte said, “This form of storytelling is the future of journalism.” This line has stayed with me since. My work is about experimenting on how to preserve Kashmir’s memoryscape.

Graphic journalism allows me to transcend the barriers of communication, to connect with everyone irrespective of their grouping.

“History is that certainty produced at the point where the imperfections of memory meet the inadequacies of documentation.” – Julian Barnes