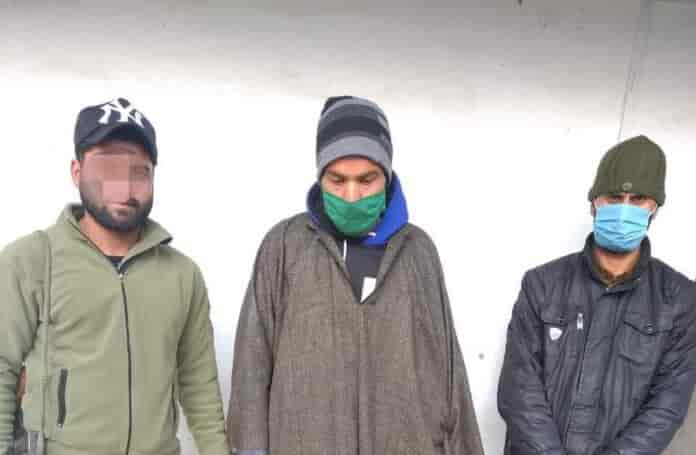 Srinagar: The police Tuesday claimed to have solved a mysterious murder case of a woman by arresting the accused person within a week in SK Payeen village of north Kashmir’s Bandipora district.

An official told the news agency—Kashmir News Observer (KNO) that on 21 December police Post Ajas received a written complaint from one person namely AB Rehman Matahanji son of Abdul Gaffar Matahanji, a resident Laharwalpora village of Bandipora stating that his daughter namely Afrooza Bano, aged about 25 years was killed by her husband.

Afrooza was married to one Shabir Ahmad Pahloo, son of Nazir Ahmad Pahloo, a resident of S K Payeen village of Bandipora and she was found dead on 21 December at her in-laws home.

The official said that on the receipt of this information a Case FIR No.177/2020 under section 302 IPC was registered in PS Sumbal and investigation was taken up.

“Acting on this complaint a police party headed by DO Ajas Inspector Qaiser Bashir immediately swung in to action and recovered the body of the deceased woman. After completing all medico legal formalities the body was handed over to legal heirs for last rites,” he said.

The official said that during the course of investigation the role of deceased’s husband surfaced and a manhunt was launched to nab him.

“After strenous efforts the accused person was arrested and during questioning he admitted that on the intervening night of 20 and 21 December the duo were engaged in a brawl over Mehar and golden ornaments and he strangulated his wife to death,” he said.