No significant protests in J-K against delimitation panel report: GoI 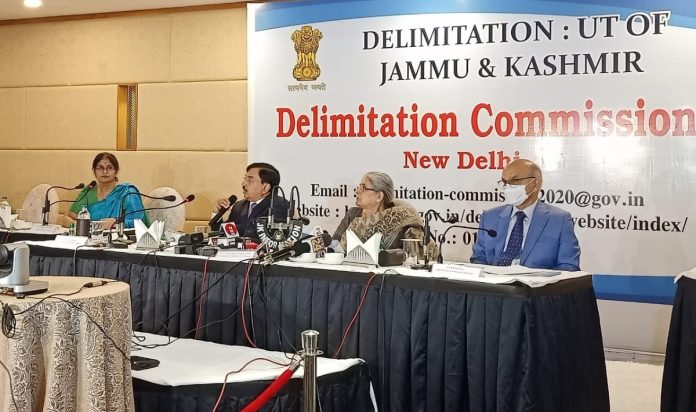 The Government of India on Wednesday said there were no significant protests in Jammu and Kashmir against the report of the Delimitation Commission even though various political parties have expressed different views on the report.

Union Minister of State for Home Nityanand Rai said this in Rajya Sabha replying to a question whether there is widespread resentment regarding the report on the delimitation of assembly constituencies in Jammu and Kashmir.

“The government of Jammu and Kashmir has intimated that there were no significant protest against the report of the Delimitation Commission. However, various political parties have expressed different views on the report,” he said, replying to a written question.

The National Conference, the PDP and several other political parties have slammed the report.

The NC said the report “defies any and all logic” and no political, social and administrative reason can justify the recommendations.

The PDP said “delimitation commission has become an extension of BJP; we reject this delimitation report as we don’t trust it. This is nothing but only an attempt to disempower the people of Jammu Kashmir”.

Rai said the commission conducted delimitation exercise of Union territory of Jammu and Kashmir based on the census data of 2011 and the criteria prescribed under the Jammu and Kashmir Reorganisation Act, 2019.

The commission has also considered the representations for geographical areas having inadequate communication and lack of public conveniences due to their excessive remoteness or inhospitable conditions on the international border.

Replying to a separate question, the minister said statehood to Jammu and Kashmir will be granted at an appropriate time and the decision to conduct assembly elections there is the prerogative of the Election Commission.

On August 5, 2019, while taking the initiative to abrogate Article 370, which gave special status to Jammu and Kashmir, and bifurcating the erstwhile state into two Union territories, Shah had said in the Parliament that statehood to Jammu and Kashmir would be restored when the situation there becomes normal.

Rai said the Delimitation Commission has notified orders on March 14, 2022 and May 5, 2022 on delimitation of parliamentary and legislative assembly constituencies of the UT of Jammu and Kashmir.

“The decision to conduct elections is the prerogative of the Election Commission of India,” he said. (PTI)