No one will force Gujjar community to leave forests; PAGD a conspiracy, says Naqvi 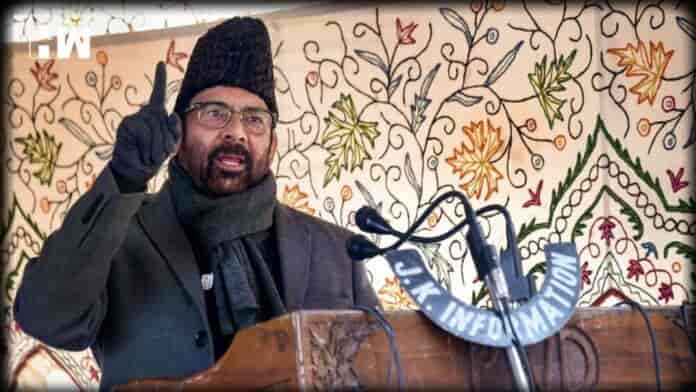 Srinagar: Union Minister Mukhtar Abbas Naqvi on Thursday said that the People’s Alliance for Gupkar Declaration (PAGD) is the death of destructive dynastic politics in Jammu and Kashmir and its formation was the conspiracy of political parties against the people of the erstwhile state.

Addressing the party workers at Tourist Reception Center (TRC) in north Kashmir’s Kupwara district, Naqvi said that the people were deprived of political rights only because of Article 370 and 35A. According to the news agency—Kashmir News Observer (KNO), he added that the dynasty rule in J-K kept people away from the mainstream as well as unaware of the constitutional rights.

About the maiden District Development Council (DDC) polls, Naqvi said that all the parties are contesting the elections including those claimed that they won’t contest the polls unless the 5 August decision is reversed.

“DDC election will send a clear and loud message that the people of J-K are now part of dignity, development, rights and all this will be fulfilled by BJP,” he said, adding that it was the time when BJP will make people understand that the time and atmosphere has changed and the people at present are happy and are looking forward.”

Taking a dig at PAGD, he said that the alliance is the death of politics in Jammu and Kashmir and the amalgam will try to keep J-K away from development and prosperity.

He said that 890 rules were not applicable in J-K including the no reservation for Gujjars and Bakerwals and job reservation also other schemes from central government but post August decision, the funds from the central government are directly being utilized in J-K, which was not happening in the past under dynasty rule.

“Schemes are also being implemented regularly,” the Union Minister said, adding that the development with dignity is the way forward. “I assure you that all the problems and challenges people were facing earlier, will be eliminated in the times to come.”

Naqvi also stated that the PAGD has proven the death declaration of destructive dynastic politics in J-K.

Terming PAGD as a conspiracy by the regional parties including the Congress party, Naqvi said that the alliance is a conspiracy against J-K people and they’ve got engulfed into their ill-thoughts.

To a question about the continuous detention of few mainstream leaders, he said that a very transparent independent democracy should have been in J-K for a long now but the dynasty rulers have always opposed this and that’s why the regional parties initially called for a boycott and demanded the restoration of Article 370 and 35A.

The Union Minister said that the security has been provided to many people already and all the representatives who need it will not be deprived of it as well.

About the eviction and demolition drive of Gujjars and Bakerwals homes in parts of J-K, Naqvi said that no one can be allowed to disobey the forest land law. “No one will force the Gujjar community to leave the forests. Whosoever is living within forests will remain there,” he said.

Reacting over the tweets of former chief ministers of the erstwhile State of Jammu and Kashmir, the Union Minister said that no power in the world can destabilize India be it Pakistan or anyone else.

The regional parties along with the Congress party are hatching the conspiracy to de-motivate the people and bring them down from confidence level but BJP is committed to strengthening it, he said.

The PAGD doesn’t want the J-K to adopt the path of development, peace and prosperity, he said—(KNO)