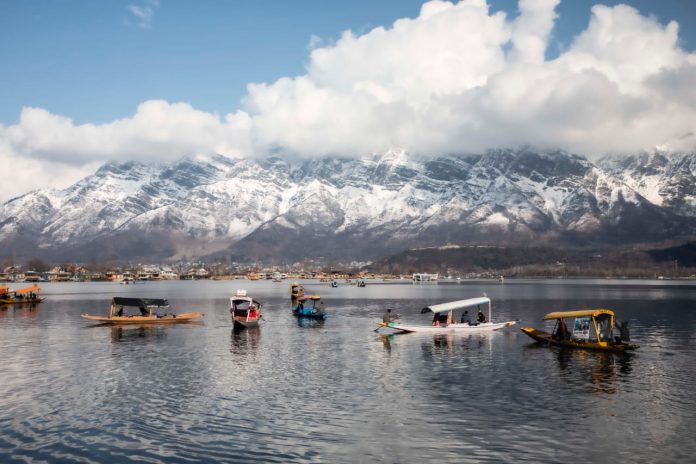 Srinagar: Amid cloud cover, night temperature rose considerably in Jammu and Kashmir and mercury settled sub-zero level except Gulmarg and Pahalgam on Tuesday.

A meteorological department official told GNS that Srinagar, the summer capital of J-K, recorded a rise by 2.8°C with mercury settling at minus 3.4°C against last night’s 0.6°C.

Qazigund, the gateway town of Kashmir, recorded a low of 1.2°C against minus 3.8 on the previous night, he said.

Kokernag, also in south Kashmir, had a low of 0.5°C against minus 2.6°C on the previous night, the official said.

Pahalgam, the famous resort in south Kashmir, recorded a low of minus 3.5°C against minus 6.8°C last night, he said.

Gulmarg recorded a low of minus 4.5°C against minus 8.0°C on the previous night, he said.

The temperature was 1.3°C below normal for this time of the year in the famous resort in north Kashmir’s Baramulla district, he said.

Kupwara town in north Kashmir recorded a low of 3.3°C against minus 1.9 °C on the previous night, the official said.

While ‘Chillai Kalan’, the 40-day long harshest period of winter ended on January 30, and 20-day long ‘Chillai Khurd’ culminated on February 19, Kashmir is presently under the grip of 10-day-long ‘Chilla Bachha’.

Jammu recorded a low of 12.3°C against 7.9°C on the previous night, the official said. The temperature was 0.7°C above normal for the J-K’s winter capital during this time of the year, he said.

“There is a possibility of light rain/snow (over higher reaches) during 2-3rd March,” the official said.

“There’s no forecast of any significant weather till March 5,” he added. (GNS)

Previous articleHonest dialogue can end all differences between Ukraine and Russia: India
Next articleLeT militant associate arrested in Srinagar: Police