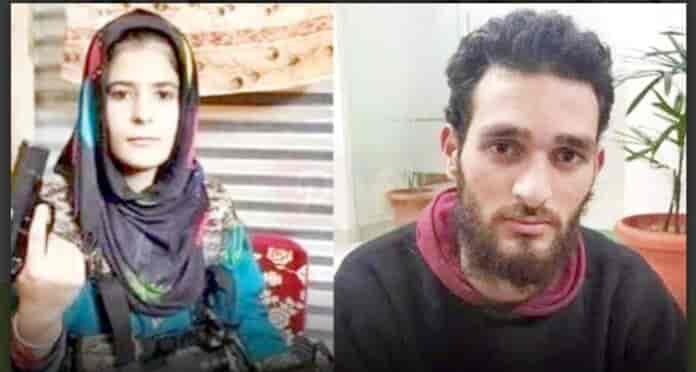 Property of two accused in a car bombing on a CRPF convoy in February 2019 in Pulwama district have been attached by the National Investigation Agency (NIA).

The duo- Shakir Bashir Magrey and Insha Jan- were arrested by the NIA in two separate operations in February and March last year and were named in the NIA charge sheet in the Pulwama car bombing of a CRPF convoy, Daily Excelsior reported.

The NIA team led by SSP Rakesh Balwal reached Pulwama this morning and along with local police attached the house of Shakir Bashir Magrey at Hajibal in Kakapora area of the district and Insha Jan at Hakhripora in Kakapora area, the Jammu based newspaper reported.

The team attached the property in exercise of powers granted under Section 25 of the Unlawful Activities (Prevention) Act (UAPA), 1967.

Shakir Bashir Magrey was arrested from his house in Hajibal area of Kakapora in district Pulwama on 2 February 2020. The NIA said that during questioning, he disclosed that on several occasions, he collected and delivered arms, ammunition, cash and explosive material to the JeM militants including those involved in Pulwama attack.

The NIA also said that he had provided shelter to Adil Ahmad Dar and Mohammad Umar Farooq, a Pakistani national, in his house from late 2018 till the attack in February 2019.

As per NIA, he had also assisted them in the preparation of the IED besides conducting a reconnaissance of the movement of the CRPF convoy on the Jammu-Srinagar Highway in January 2019 and informed Mohammad Umar and Adil Ahmad Dar about it.
He was also involved in modifying the Maruti Eeco car and fitting the IED in it in early February 2019. The car was used for bombing the CRPF convoy.

The NIA last year on 28 February had sealed the room of Shakir who provided shelter to the suicide bomber of the Pulwama attack. At that time, his personal room was sealed, and incriminating documents too were seized by the investigating agency.

NIA last year in March arrested Insha Jan along with her father Tariq Ahmed Shah for providing food, shelter and other logistics to Pulwama car bombers in 2018-2019. As per NIA, Insha Jan was in constant touch with Mohammad Umar Farooq, a Pakistani IED maker and was in communication with him over the telephone and other social media applications.

As per NIA, their house at Hakripora, Pulwama was used by Adil Ahmed Dar, the car bomber, Mohammad Umar Farooq and Kamran.

Accused Tariq Ahmed Shah facilitated them at his house for sheltering and for the planning of the heinous attack on the CRPF convoy.

The NIA said that their house was also used for preparing and recording the video of Fidayeen Adil Ahmed Dar, which was released by Jaish-e-Mohammad soon after the Pulwama attack.

Previous articleNight temp rises above normal across Kashmir, MeT predicts another wet spell
Next articleJammu and Kashmir’s budget to be presented in parliament today