New land laws will protect 90% of land in J-K from being alienated to outsiders : J-K govt 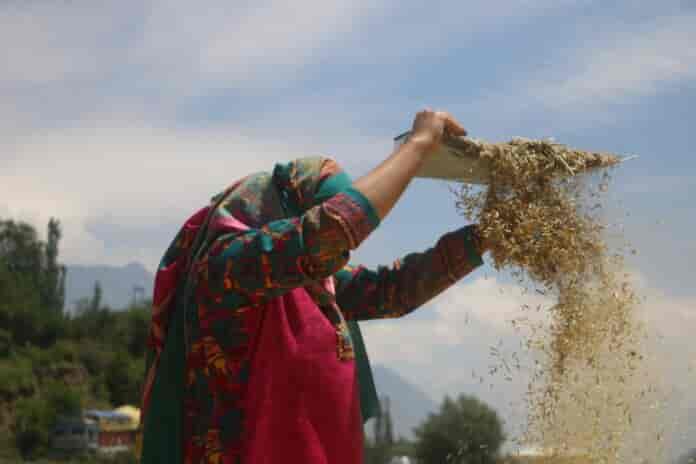 Srinagar :The government has repealed 11 Land Laws that existed in the erstwhile state of Jammu and Kashmir removing the decades old protection guaranteed to the people of J-K. The imposition of the new land laws has led to renewed anxieties in J-K.

Days after imposing new land laws that open up all of Jammu and Kashmir’s lands for purchase by outsiders, the J-K administration has asserted that “over 90 percent of the land” can not be sold to outsiders, it being agricultural land.

“The new land laws will not only afford protection to over 90 percent of the land in J-K from being alienated to outsiders but will also help revamp the agriculture sector foster, rapid industrialization, aid economic growth and create jobs in J-K,” said Principal Secretary, Information and government spokesman, Rohit Kansal at a press conference in Jammu today.

Mr. Kansal, further, termed the repealed protectionist laws as having been made “to serve the old agrarian based economy and were required to be modified for modern economic needs. Besides, they were beset with ambiguities, contradictions and redundancies and in many cases, were clearly regressive.”

The recently imposed land laws, Mr. Kansal claimed, “are modern and progressive even while affording adequate protection against alienation of land to outsiders. A number of protections have been built into the new land laws on similar lines as has been enacted in other states such as Himachal Pradesh and Uttarakhand. To begin with, no agricultural land can be transferred to any person from outside the UT of J&K but can only be sold to an agriculturist from within J&K.”

Mr. Kansal said that no agricultural land could be used for any non-agricultural purpose. “The terms agricultural land and agriculturist have been unambiguously defined to include not just agriculture but horticulture and allied agro-activities as well,” he said, adding that an agriculturalist has been defined as “a person who cultivates land personally in the UT of J&K”.

The imposed law, Mr. Kansal said, “not only addresses the infirmities in the old set of laws but also provides for modern and enabling provisions to aid in the agricultural and industrial growth of the UT of J&K” and that “progressive provisions of the repealed laws have been retained by including them in the modified Land Revenue Act, new provisions have been added to modernize existing laws.”

The new law provides for setting up of a Board of Revenue, Regional planning for regulating use of land, alienation and conversion, land lease, consolidation and Contract Farming. The Board of Revenue comprising senior officers will not only be the Developing Authority for preparing regional plans but can notify a scheme of consolidation of land holdings and also a scheme for restricting and regulating the fragmentation of agricultural land holdings to make agriculture viable.

Observers have, however, pointed out that the new law is not only detrimental to locals interests but also seeks to reverse seven decades of land reform in J-K that economically uplifted the people of the erstwhile state.

Previous articleTwo hospital guards among three arrested for involvement in attack on BJP leader
Next articleDivided by mountains, united by a road