Never recognised so-called Arunachal Pradesh, have no details to release yet on “abducted” Indians: China 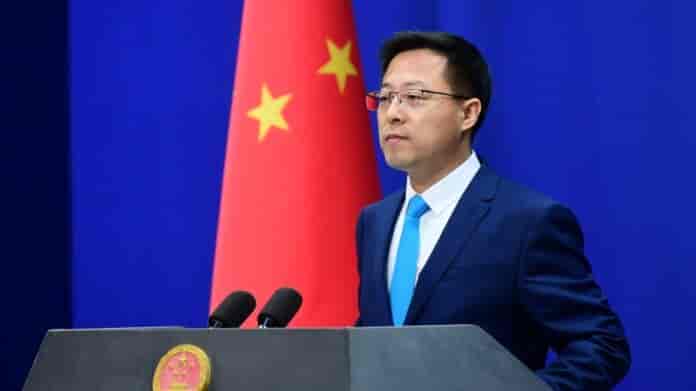 Reacting to the question by the Indian army of the alleged abduction of five civilians, China on Monday said that the country has never recognised the state of Arunachal Pradesh and that no details on the abductions had been revealed as of now.

“China has never recognized so-called “Arunachal Pradesh” which is China’s south Tibet region, and we have no details to release yet about question on Indian army sending a message to PLA about five missing Indians in the region,” Global Times quoted quoted Chinese Foreign Ministry spokesperson Zhao Lijian as saying.

Earlier, it was reported that  China’s People’s Liberation Army (PLA) has allegedly abducted five people from the Upper Subansiri district of Arunachal Pradesh.

On Monday, Indian Army asked its Chinese counterpart if five civilians who went missing from an eastern border state days ago were in their custody, an Indian military spokesman said on Monday.

The five missing men are from the Indian state of Arunachal Pradesh, which is also claimed by China that calls it South Tibet, and the Indian Army said it told China’s People’s Liberation Army (PLA) about the five on Saturday.

“We spoke with them on the hotline and told them that it’s suspected that some people have crossed across to your side and we will be grateful if you could hand them over back, as per what we do normally,” Lieutenant Colonel Harsh Wardhan Pande, a spokesman for India’s defence forces, told Reuters

Previous articleThe otherisation of Kashmir
Next articleCOVID-19: Jammu and Kashmir records over 1000 cases for the fifth day