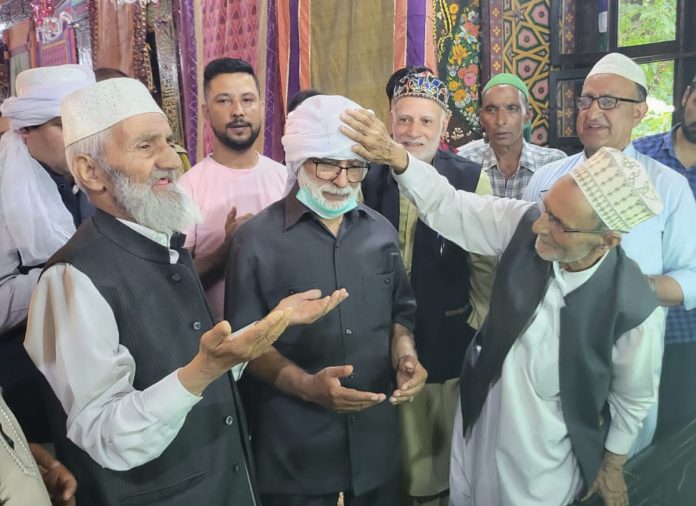 Jammu and Kashmir National Conference General Secretary Haji Ali Muhammad Sagar on Sunday said Mir Syed Ali Hamdani, whose annual Urs is being celebrated in the coming days, was a great reformer, preacher and a Sufi scholar whose contribution to the socio-political transformation of Kashmir is immense.

While taking stock of arrangements for the annual Urs, Sagar said the people of the valley were indebted to the sufi saint for his role in the socio-political transformation of the state.

The biggest gathering following the Urs will be held at Khanqa e Moala in Shar-e-Khas, Srinagar.

On the occasion party general secretary interacted with the locals who apprised him about the paucity of basic and effective amenities in the adjoining areas of the shrine.

While interacting with the locals and the custodians of the shrine Sagar urged the government to ensure all facilities to the devotees during the Urs observance days.

He appealed the concerned agencies to ensure good sanitation around the shrine and adequate presence of traffic police around the shrine in order to meet the exigencies arising due to high vehicular movement and huge rush of people.