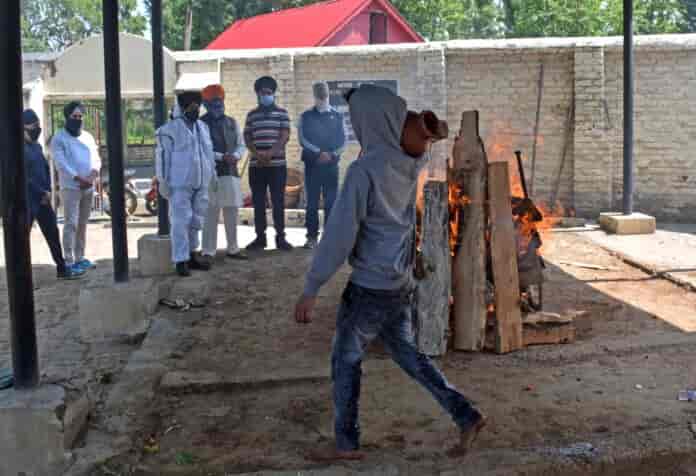 Usha Devi (55), wife of Maharaj Pandit resident of Tahab village about 05 kilometers from Pulwama town was a housewife whose husband is a retired government employee.

As only a few of his family members were around, Devi’s local friends and neighbors from the Muslim community took it upon themselves to help perform his last rites.

The local Muslims organized and performed his last rites and mourned his death as one of their own.

They shouldered his coffin and arranged wood for the cremation in the village.

“She was one of us. We never thought of him as a KP. We arranged everything needed for the cremation,” said Mohammad Jabbar a local resident.

She has been living here among them for many years.

“We have lived alongside each other and done everything together,” said another local while participating in her last rites which were performed in local ground.

“We share a bond that goes back hundreds of years. When we heard about the sad news, all of us rushed to console the family members and arrange the last rites,” he added.

Devi is survived by husband besides one son and a daughter—both are married.