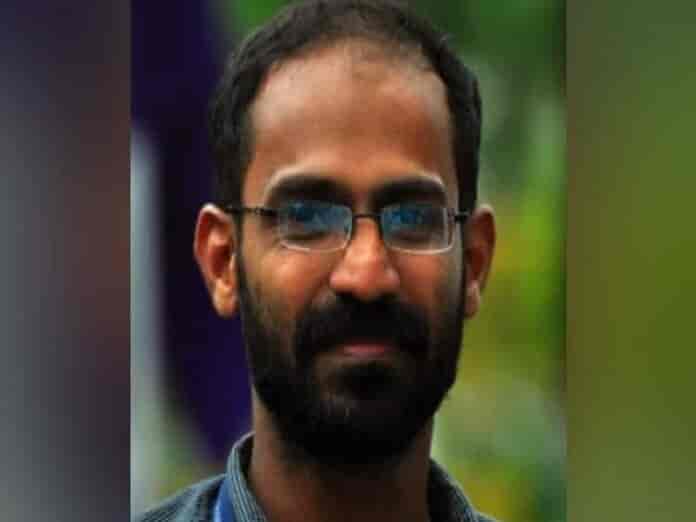 The family of Delhi based senior Muslim journalist who was arrested last month has been disallowed from meeting him, NDTV reported.

According to the report Siddique Kappan has been a regular contributor for news organisations like Azhimukham and was arrested from Mathura on 5 October while on way to Hathras in Uttar Pradesh, soon after the alleged gangrape of a Dalit woman that made headlines.

His wife, Raihanath, 37 said,  “What should I say? I must trust the Supreme Court on 16th. I must trust our justice system. I will stand by the truth. No one has been able to see Siddique till now, not even the lawyer,”

His distraught wife, glancing through her mobile phone, said all attempts to meet him — even by the family lawyer — have been denied by the Uttar Pradesh police. A few days ago, he had made a phone call to his 90-year-old mother, which was an exception.

Mr Kappan and three others have been booked under the anti-terror law UAPA (Unlawful Activities Prevention Act)  and other sections like the Information Technology Act.

“Arrest of Siddique Kappan, some 39 days ago, on his way to Hathras was a gross violation of Supreme Court guidelines in the DK Basu vs State Of West Bengal,” advocate Wills Mathews told NDTV.

“The Kerala Union of Working Journalists filed a habeas corpus in Supreme Court. We eventually reached out to the Chief Judicial Magistrate court and the state police asking for a conference with Siddique Kappan, but that was denied. We have not even been allowed access to even get the vakalatnama, or the power of attorney, signed,” he added.

Siddique Kappan’s wife said she hopes as the case comes up on 16 November before the Supreme Court, at least her husband will be allowed to access to his lawyer.

In the case of the bail plea of another journalist, Republic TV’s Arnab Goswami, on Wednesday, the Supreme Court had spoken firmly about liberty. “If we as a constitutional court do not lay down law and protect liberty, then who will,” one of the Supreme Court judges had said during the hearing.