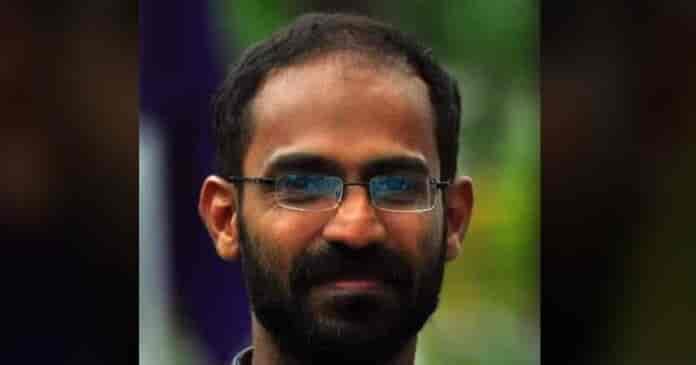 Siddique Kappan, a Delhi-based journalist who is lodged in an Uttar Pradesh prison, is awaiting a nod from the country’s apex court to visit his aged mother, reportedly on a deathbed.

Kappan last saw his bed-ridden mother after the court allowed him a 10-minute video call on 28 January, reported Newslaundry. However, as per the report, due to her critical condition, his mother was unable to respond or even look at the screen of the mobile phone.

Siddique, 41, is a regular contributor for Malayalam news outlet Azhimukham. He was arrested on 5 October en route to Hathras in Uttar Pradesh to report on the gangrape and murder of a Dalit girl, along with Ateeq-ur-Rehman, Masood Ahmed and Alam.

He was stopped by the police at the Hathras toll plaza and detained. The police seized their mobile phones, laptop and allegedly, some literature which “could have an impact on peace and order”. They were accused of planning to “foment trouble” and booked under the Unlawful Activities Prevention Act and other penal provisions.

“He saw the condition his mother was in and he is heartbroken,” Kappan’s wife Raihana said. “When ikka’s call came, we tried to wake her up so she could see her son. But her condition was so bad she couldn’t even realise that her son was on the phone.”

His 90-year-old mother, Kadija underwent a major operation in 2020. As per the report, in January she was discharged from a hospital after doctors said there is little they could do for her anymore.

“She keeps asking about her son,” Raihana said.

At present, Kadiya stays with her elder son at Vengara in Malappuram district of Kerala. Raihana visits her frequently.