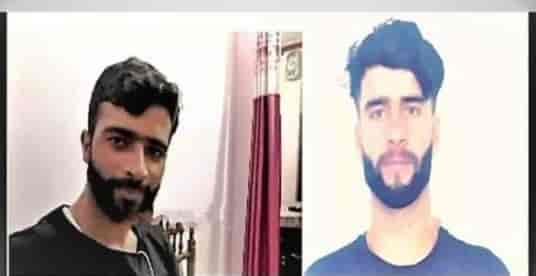 Srinagar: Two siblings from Kulgam district who were missing since last week have been purportedly traced and are reportedly with New Delhi police.

Talking to GNS, cousin of the siblings said that the family received a call from Cyber Cell Delhi this afternoon about tracing of the duo—Younis Ahmad Dar (26) and his younger brother Faisal Hassan Dar (18).

The duo, belonging to Mohammad Pora in Kulgam district, went missing on way from Jalandhar to Kanpur near Secundra Rao in Uttar Pradesh on 18 November while ferrying a truckload of animal hides.

“We received a call with the caller identifying himself as a sleuth from Lodhi Colony Cyber Cell Delhi”, they said adding that “as per the official, the duo has been located from Karnal.”

The sleuth, they said, expressed their satisfaction about the well-being of the duo much to delight of the family.

Meanwhile a police team and some family members were on way to New Delhi to bring back the duo.

When called on the number from which the family had received the call, the caller identified himself as Cyber Cell official at Lodhi Colony New Delhi and said that two persons are under custody and are being questioned.

Asked if these persons were the missing siblings from Kulgam district of south Kashmir, he said: “They are being questioned and everything will be clear in about two hours.” (GNS)