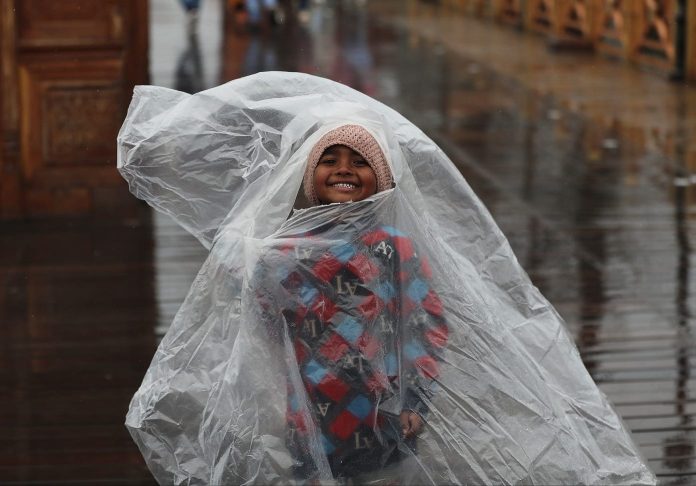 Cloudy weather with possibility of scattered light rain and thundershower is in store in Jammu and Kashmir in next 24 hours, meteorological department said on Friday.

An official of the department here told a locL news agency, Global News Service (GNS), that isolated to fairly widespread light to moderate rain and thundershower were expected on August 27 and 28 respectively.

Regarding minimum temperature, the official told GNS that Srinagar recorded a low of 18.7°C against 17.7°C on the previous night. The temperature was 2.3°C above normal during this time of the year for the summer capital, he said.

Qazigund recorded a low of 17.6°C against 16.4°C on the previous night. The temperature was 3.1°C above normal there, he said.

In Pahalgam, the mercury settled at 14.6°C against 15.1°C on the previous night and it was 3.1°C above normal for the south Kashmir resort.

World famous Gulmarg resort recorded a low of 10.0°C, the same as on the previous night. It was 1.0°C below normal for the north Kashmir place.

Kupwara town saw a low of 17.6°C against 17.3°C on previous night and it is 2.6°C above normal for the place during this time of the season, the official said.