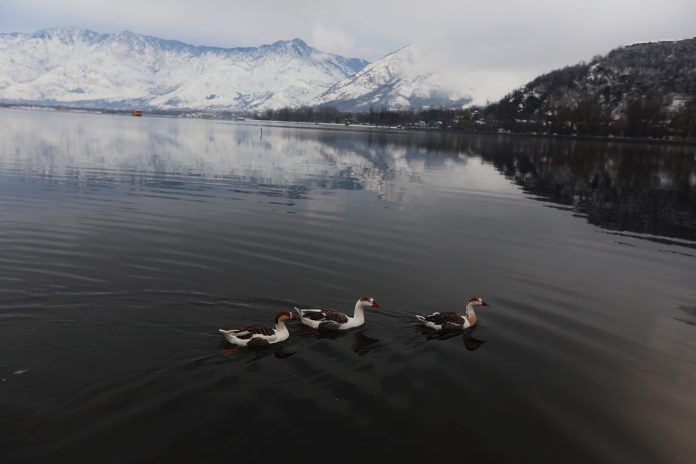 Weatherman on Thursday forecast mainly dry weather for now and light to moderate rain and snowfall over middle and higher reaches of J-K during November 1 to 4.

“As per today’s conditions, weather will be cloudy with possibility of light to moderate rain/snowfall over middle and higher reaches during 1st Nov onwards till 4th at isolated to scattered places of J-K (forecast confidence upto75%),” a meteorological department official said here, adding, “No heavy spell is expected during this spell.”

Regarding the temperature, he said, Srinagar recorded a low of 4.0°C against 4.7°C on the previous night. The temperature was 0.2°C above normal for the summer capital during this time of the year, he said.

Qazigund recorded a low of 3.2°C against 3.4°C on the previous night. The temperature was 0.1°C below normal for the gateway town of Kashmir, he said.

In Pahalgam, the mercury settled at 0.3°C, the same as on the previous night and it was 0.2°C below normal for the south Kashmir resort, he said.

Kokernag recorded a low of 5.4°C against 5.7°C on the previous night and it was normal for the place, he said.

Gulmarg recorded a low of 1.0°C against 1.5°C on the previous night and it was 1.4°C below normal for the world famous skiing resort in north Kashmir’s Baramulla district.

In Kupwara town, the mercury settled at 2.6°C against 2.8°C on the previous night, the official said. It was 0.6°C below normal for the north Kashmir place, he said.