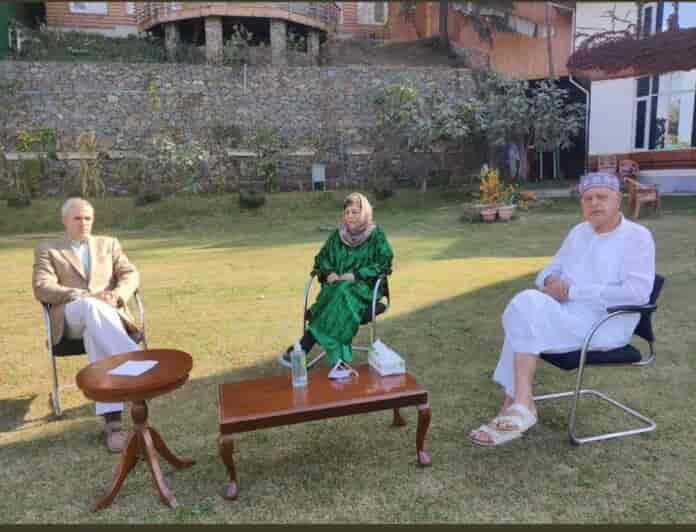 The Jammu and Kashmir Government has asked PDP president and former Chief Minister Mehbooba Mufti to vacate her Fairview residence by or before November 15, saying the reply furnished by her in response to the eviction notice served to her on October 15 doesn’t justify retaining of the accommodation.

The Jammu and Kashmir’s Estates Department has asked Mehbooba Mufti and other occupants of the Fairview residence to vacate the accommodation by or before November 15.

“Now, therefore, in exercise of the powers conferred under sub-section (1) of section 5 of The Jammu and Kashmir Public Premises (Eviction of Unauthorized Occupants) Act, 1988, I, hereby, order that Ms. Mehbooba Mufti, ex-chief minister and all persons who may be in occupation of scheduled premises or any part thereof to vacate the scheduled premises on or before 15.11.2022,” reads the order.

“In the event of refusal or failure to comply with this order within the period specified, provisions of sub-section (2) of section 5 of The Jammu and Kashmir Public Premises (Eviction of Unauthorized Occupants) Act, 1988 shall be invoked against you and every such person occupying the scheduled premises,” it further states.

In the order, the Estates Department has said that the grounds raised by her in reply to the eviction notice don’t justify her retaining the scheduled accommodation, particularly against the backdrop of the fact that the Government has communicated in writing its willingness to provide her an alternate accommodation, on security or any other ground (s).

According to the order, the Government didn’t give any extension to Mehbooba Mufti to retain the accommodation beyond December 31, 2018.

The order states that the legal provision under which ex-CMs were entitled to various facilities including “rent-free residential accommodation” was repealed by the Government of India in 2020.

“Section 3(C) of The Jammu and Kashmir State Legislature Members’ Pension Act, 1984 where under Ex-Chief Ministers were entitled to various facilities including “Rent free Residential Accommodation” stands omitted by the Ministry of Home Affairs, Government of India, (Department of Jammu, Kashmir and Ladakh Affairs) in “Jammu & Kashmir Reorganization (Adaptation of State Laws) Order, 2020” issued vide Notification S.O. No. 1229(E) dated 31, March 2020, which means you are no longer entitled to retain the government accommodation in the capacity of ex-chief minister,” reads the order.(KNO)