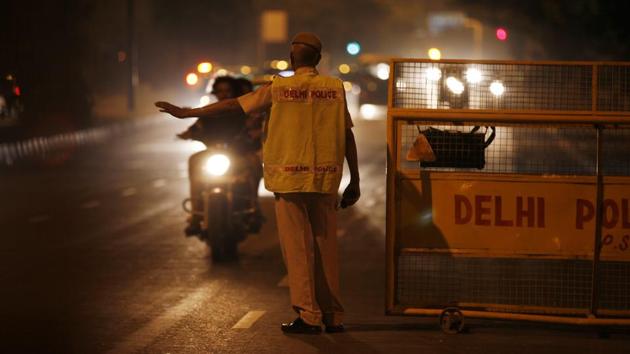 New Delhi: A 30-year-old man was arrested for allegedly assaulting an assistant sub-inspector (ASI) of the Delhi Traffic Police in Rohini when the officer asked him for the documents of his vehicle, officials said on Thursday.

The accused has been identified as Piyush Bansal, a resident of Pitampura, they said.

According to police, the traffic police personnel intercepted the accused and asked him to show the documents of the vehicle, following which he started arguing with the ASI.

A senior police officer said Bansal first slapped the ASI and then bit his finger.

An officer of Delhi Police told news agency PTI that a case has been registered at the KN Katju Marg Police station under relevant sections for obstructing the public servant at government work and creating ruckus at a public place.