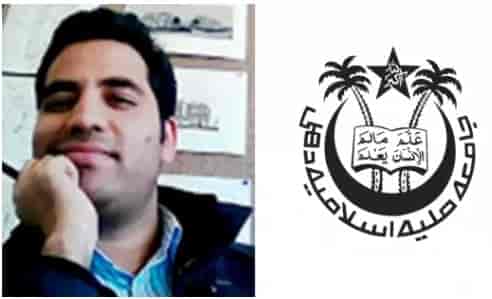 Syed Suhaib Naqshbandi, a Kashmiri scholar at the New Delhi-based Jamia Millia Islamia University, is among the four researchers to receive the Netherland’s DAIDA Foundation award for his work on water management.

Naqshbandi’s research focused on re-establishing the linkages of water-systems by traditional adaptive landscape strategies — by digging new waterways, locally called kuls, and the use of wetlands for flood control — and the traditional methods of flood-control having developed an “intricate human relationship with water” which contributed to Srinagar’s distinct culture and past economy.

The award was given by the Netherlands-based DAIDA foundation Global Urban Thesis Award. The award criteria demanded that research have “a clear focus on challenges for disadvantaged and vulnerable urban groups” and an innovative perspective in how to tackle these challenges. Additionally, the work was also judged on its relevance to policymakers.

A description of Naqshbandi’s research on the website stated that “In this study, events of change in natural hydrology and their latter impacts were correlated by preparing chronological timeline, also spatiotemporal changes in water bodies and wetlands were assessed using Topographic maps from 1900-2011. Major events of disturbance in natural hydrology were found, the conversion of historical water stream (Markhul) into the vehicular road in 1975 was observed to have laid serious ecological, social and economic impacts.”

Kashmir has witnessed devastating floods over the centuries, the last being in September 2014 when more than three hundred were killed and property worth crores was damaged or destroyed. The study noted that Srinagar alone lost 45,897 acres of wetlands while the freshwater bodies were reduced by 3724 acres in the last century. “It is concluded that by restoring historical water streams (khuls) and fostering human-water relationship resilience towards floods and water woes can be achieved, the vision developed during this project can help develop a framework to achieve goals of SDG 13: Climate action.”

The annual DAIDA foundation Global Urban Thesis Award aims to acknowledge and support master graduates who, through their work, help improve the urban infrastructure and living conditions for vulnerable groups in the rapidly growing cities of developing economies.

Previous article‘Kashmir is at loss’: former Pakistan HC to India on Indo-Pak bonhomie
Next articleCash looted from Gurudwara in north Kashmir’s Bandipora