Kashmiri photojournalist beaten up by government forces in south Kashmir 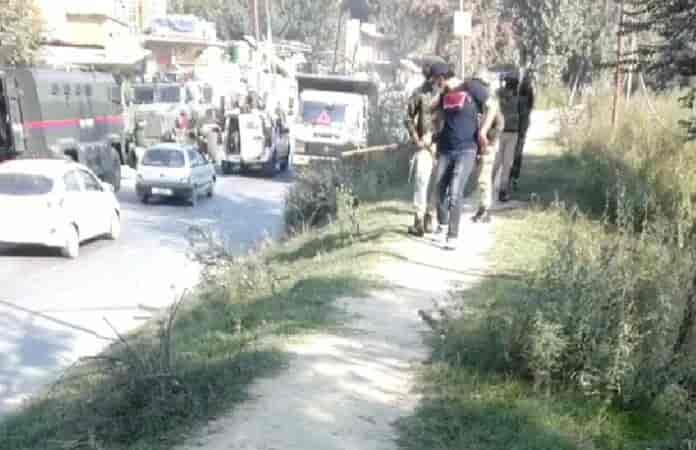 On Tuesday, the government forces beat up a south Kashmir-based photojournalist, Kamran Yousuf, along with two other journalists, in Marwal village of Pulwama district. Mr. Yousuf and other journalists were covering the gunfight between militants and the forces that broke out in the morning.

Talking about the incident, Mr. Yousuf said: “SDPO (Sub-divisional police officer) Kakapora and policemen accompanying him chased me and started beating with batons.” Two other journalists, Faisal Bashir and Reshi Irshad were also beaten up at the gunfight site. In a video of the incident, a forces’ personnel can be seen beating up Mr. Yousuf with a baton as he runs on a sideway. He works with an online news website, Newsclick.

Fearing grave injuries, Mr. Yousuf was en route to a hospital for a medical checkup when this report was filed.

Mr. Yousuf was earlier detained in 2017 by the National Investigation Agency (NIA) for seven months. In February 2020, he was again picked up by the forces in a night raid on suspicion of him handling a Twitter account; later, he was let go the same night.

While reporting, many Kashmiri journalists have faced physical harassment at the hands of the government forces earlier as well.