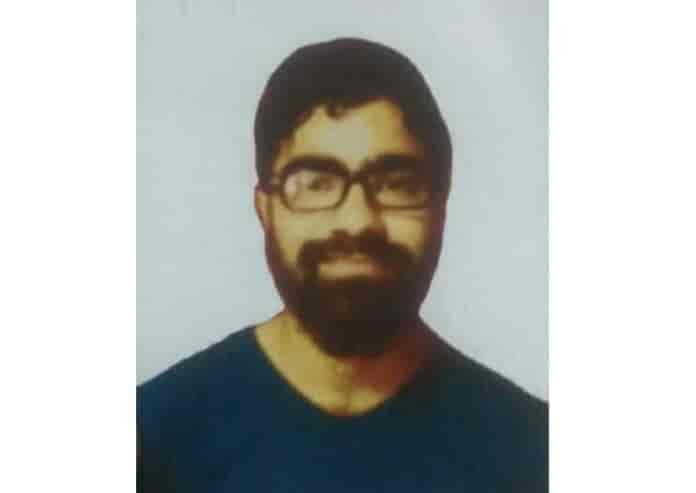 A youth from south Kashmir’s Pulwama district has been missing from the National Capital Region (NCR) since 26 November 2020, according to the family. The youth was a computer operator at a local company in Gurgaon.

The youth, 30-year-old Zahid Ahmad Dar, is a resident of Braw Bandi village in Awantipora and has been living in a rented apartment in Gurgaon’s DLF phase 3 since the last few years. About a week before going missing, Zahid had resigned from his job for reasons unknown to the family.

According to Abdul Rashid Dar, the father, Zahid was questioned by the police when he was taking a stroll near his residence, a day before he went missing. “He [Zahid] took them to his property dealer who knew Zahid since he had been living in his flats for years now,” said Abdul. The Gurgaon police, however, has said that the landlady had called on police helpline 100 as Zahid was “mentally disturbed”.

On the same day, the Gurgaon Police also called Abdul, asking them to take Zahid back home since he was mentally disturbed. “I panicked.I thought they had done something to him,” Abdul said. The next day, on 26 November, according to Abdul, Zahid told his property dealer that he was feeling well and that he was going to Noida.

Lal Singh, a Gurgaon Police personnel who claimed responding to the landlady’s call on 100, said that the police had contacted Zahid’s parents and left him in the custody of the landlords. “His father said that he would come soon and take him,” he said. “He had left the place the next day, and since then he is missing.”

However, that evening, Abdul received a call from Zahid’s number but a stranger spoke on the line. “He said that my son is mentally disturbed and is wandering around in Hazrat Nizamuddin railway station [in New Delhi],” said Abdul, adding that he had asked the stranger to hand his son over to the police. “I don’t want to get into any trouble,” the stranger had replied angrily instead.

The railway station in New Delhi is located about 39 kilometers from Gurgaon. At around the same time, there was a withdrawal of 5000 rupees from Zahid’s account, according to Awantipora Police.

The next day, a panicked Abdul went to the police station in Awantipora to file a missing complaint. Following this a team of Awantipora police consisting of two constables was dispatched to Gurgaon to locate Zahid. “We have been trying to locate him ourselves,” Irshad Ahmad, head constable of Awantipora Police Station, told The Kashmir Walla, since police authorities in NCR were not cooperating with them.

Dar had visited his home in Kashmir during the lockdown, imposed in March, this year, to contain the COVID-19 pandemic, before returning to Gurgaon in August. “I just hope he is alright,” said Abdul. “We have been searching for him ever since but we can’t seem to trace him down.”