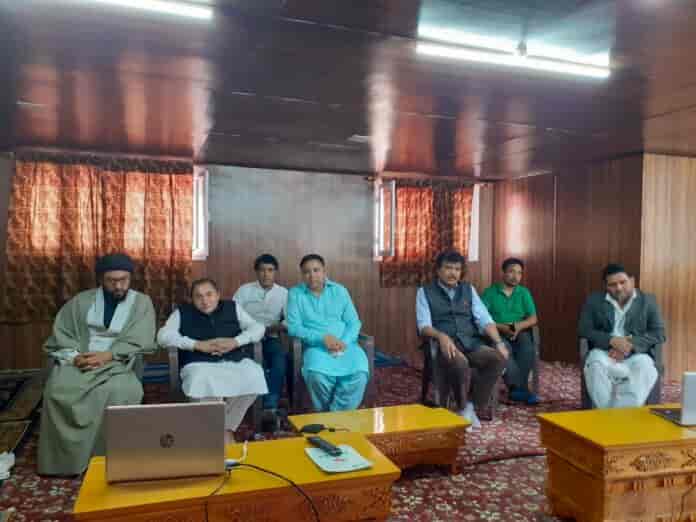 The leaders of National Conference in Ladakh’s Kargil district have pleaded strongly that their region should be restored to Kashmir and the special status and statehood of Jammu and Kashmir renewed.

According to a report by The Tribune, the leaders have asked for overturning the division of the former state that was split into two union territories last year.

According to the newspaper report, National Conference leaders were unanimous in their demand for the restoration of their geographical, political and historical links with the Muslim majority Kashmir. The leaders said they had “serious reservations about their status, culture and opportunities in the UT of Ladakh.”

NC Vice President and former Chief Minister Omar Abdullah, along with his colleagues from the Valley, held an interaction with the party leaders of Kargil through video conference, “It was the first political interaction with our leaders in Kashmir,” NC leader from Kargil Qamar Ali Akhoon told The Kashmir Walla.

In a video conference held between leaders of @JKNC_ & @JkncKargil, Akhoon reassured the party high command and said that the people of Kargil were, are and will always be with the party. 1/n@OmarAbdullah pic.twitter.com/NEZA8nwwcz

Qamar Ali Akhoon was categorical in telling the party leadership that Ladakh’s NC unit still operates under the Kashmir provincial set up despite Kargil being part of  Ladakh. He said that the post-August 5 last year arrangement should be reversed.

“The party should pursue the case in the Supreme Court with all its legal arguments and facts to get the Article 370 and statehood restored to J&K as it existed on August 4 last year.”