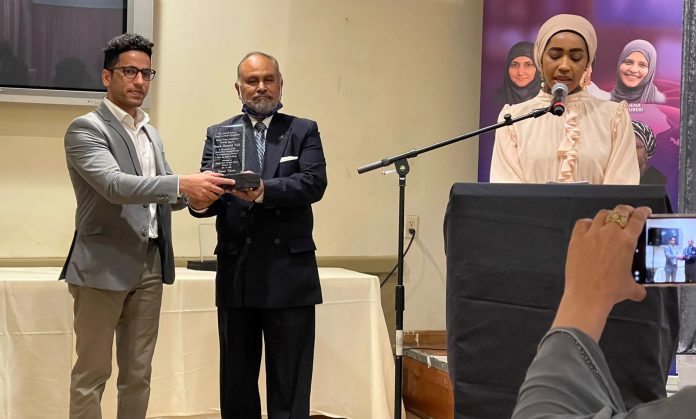 Raqib Hameed Naik from Doda district who is a journalist based in the United States received Aminah Assilmi Award in Media Excellence – 2021 from the Sound Vision Foundation USA, for his reporting on Kashmir, Indian minorities & Hindu nationalism.

He received the award during Sound Vision Foundation’s annual banquet in Houston Texas on December 12.

Last month, Naik was also shortlisted for the prestigious Thomson Foundation Young Journalist Award from amongst 300 journalists across 55 countries.

Naik mostly writes for Al Jazeera. Earlier this year, one of his reports on US COVID funding received by Hindu right-wing groups for Al Jazeera became a flagship story leading to extensive public scrutiny and media coverage on the rise of Hindutva among the Indian diaspora.

The report also resulted in a lawsuit filed by one of the recipient Hindu nationalist groups in a federal court in Washington DC.

He was also given death threats by various Hindu nationalist groups for his reporting, prompting Al Jazeera to issue a statement, rasing concerns over his personal security.