J-K govt to annul actions under Roshni Act, to retrieve land in 6 months 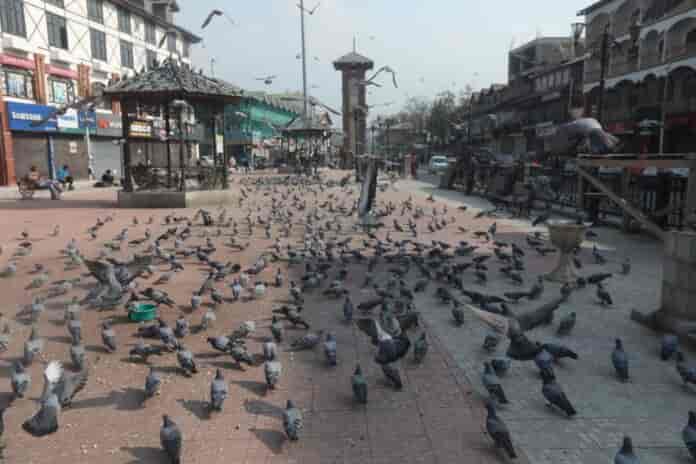 Srinagar :Jammu and Kashmir Government has decided to implement the High Court order Judgment in which the Court declared the Jammu and Kashmir State Land (Vesting of Ownership to the Occupants) Act, 2001 as amended from time to time as unconstitutional, contrary to law and unsustainable.

An order issued by Jammu and Kashmir Department of Law, Justice and Parliamentary Affairs, with the approval Lieutenant Governor, JKUT, stated that the Government has been found necessary that in order to implement the judgment passed by the High Court in PIL No. 19/2011 and other connected matters titled Professor S.K. Bhalla Vs. State of J&K and ors., directions are required to be issued.

“Now, therefore, it is hereby ordered that the Principal Secretary to Government, Revenue Department shall pass an order declaring all actions taken under the Jammu and Kashmir State Land (Vesting of Ownership to the Occupants) Act, 2001, as amended from time to time, and rules made there under as void ab-initio,” the order states.

He shall ensure that all the mutations done in furtherance of said Act are annulled. The Principal Secretary to Government, Revenue Department shall also work out a plan to retrieve the large tracts of State land vested under the Jammu and Kashmir State Land (Vesting of Ownership to the Occupants) Act, 2001 in a time bound manner.

The Principal Secretary to Government, Revenue Department shall ensure that information regarding district wise State land as on 1st January, 2001 are complied and posted on the official website as well as NIC website with the details of the State land which was in illegal and unauthorized occupation of person(s)/ entities with full identity of encroachers and particulars of the land.

The details of the applications received under the Roshni Act, 2001; the valuation of the land; the amounts paid by the beneficiary; the orders passed under the Roshni Act; and the persons in whose favour the vesting was done and also … further transfers, if any, recognized and accepted by the authorities.

Complete identities of all influential persons (including ministers, legislators, bureaucrats, government officials, police officers, businessmen etc.) their relatives or persons holding benami for them, who have derived benefit under the Roshni Act, 2001/ Roshni Rules 2007 and/or occupy State lands.

The said action shall be completed within a period of one month.

The Divisional Commissioners, Jammu as well as Kashmir, shall place on record before the High Court district-wise full details of the encroached State land not covered by the Roshni Act, Rules, Scheme(s), order(s) which continues to be under illegal occupation; the full identity and particulars of the land and person(s)/entities encroaching the same. The Revenue Secretary shall ensure that this information is also posted on the website.

The action taken in the aforesaid matter shall be shared by the Revenue Department with the General Administration Department on a weekly basis. (GNS)