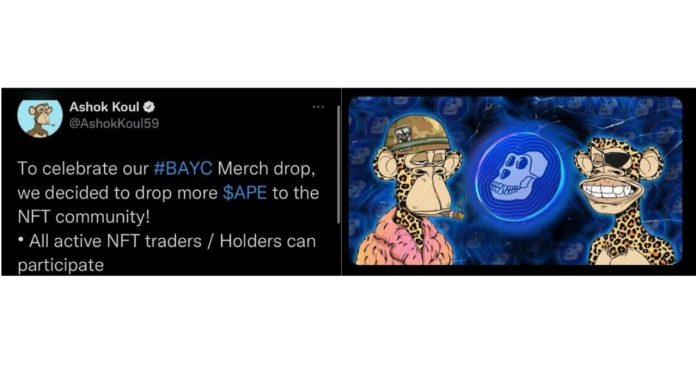 The official Twitter handle of a senior J-K BJP leader was compromised by unknown hackers on Sunday.

The Twitter handle of Ashok Koul, BJP’s State General Secretary in J-K and Ladakh, which has 14.7 thousand followers, was swamped with random threads about non-fungible tokens (NFT).

The profile picture was also updated from the Bored Ape, an NFT collection built on the Ethereum blockchain.

Speaking with The Kashmir Walla, Koul said: “In the evening I received a voice call on WhatsApp. No one from the other side spoke, following which I found that I had lost control of my account.” The Kashmir Walla couldn’t independently verify the channel used to hack Koul’s handle.

“Our IT team is working on it to get control of the account,” he added.

Earlier this week, an unknown group of hackers also targeted the account of the Chief Minister of UP, Ajay Singh Bisth, aka Yogi Adityanath. His handle was also flooded with random tweets about NFTs.

In December 2021, Prime Minister Narendra Modi’s Twitter handle was also very briefly hacked and was secured later, after a link promising a bitcoin giveaway was shared on the account, Prime Minister’s Office (PMO) said. “India has officially adopted bitcoin as legal tender. The government has officially bought 500 BTC and is distributing them to all residents of the country,” the tweet – which was later deleted- read.

The Health and Medical Education department has accorded sanction for advance withdrawal of around Rs 300 crore for procurement...
Kashmir