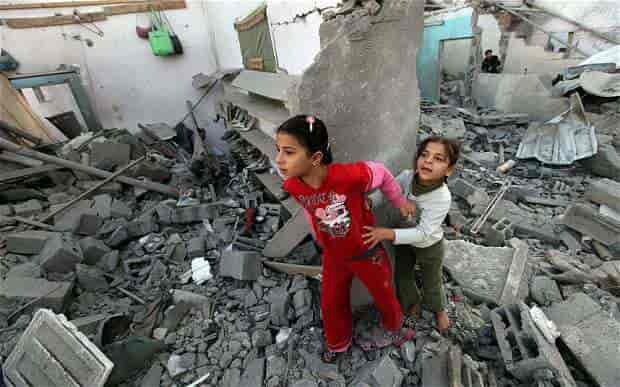 An official Israeli Arabic-language Twitter account has taunted Palestinians by using verses for the Quran in a tweet on Tuesday along with an image of an air strike on Gaza.

This photo was accompanied by verses 1 to 4 of Surah Al-Fil, or “The Chapter of the Elephant”.

One social media user said: “Israel’s Arabic account taunts Palestinians and Muslims the world over by citing verses of the Quran about Divine intervention as it wipes out whole families and incinerates entire buildings.”

According to Muhammad A. S. Abdel Haleem’s translation of the Quran, in English these verses read: “Do you [Prophet Muhamad] not see how your Lord dealt with the army of the elephant?

“Did He not utterly confound their plans?

“He sent ranks of birds against them, pelting them with pellets of hard-baked clay”.

In this passage, the army of the elephant refers to Abyssinian invaders who attempted to destroy the Kaaba with a squad of between 9 or 13 elephants.

This is believed to have happened within months of the Prophet Muhamad being born.

Some have suggested that the tweet implies that Israel is “the Arabs” of Surah Al-Fil, at risk of having their holy place, in this case the State of Israel, destroyed by invaders.