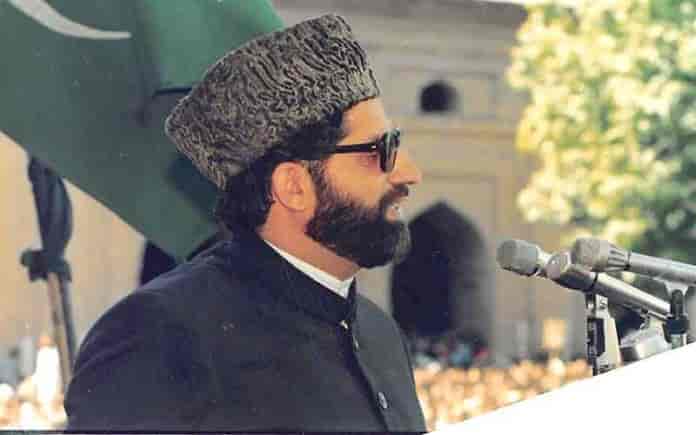 In a statement, the religious body said that it pays glowing tributes to him for his three-decade-long invaluable contribution towards the propagation of Islamic teachings and values across Kashmir and outside besides fulfilling his responsibility of Qaal Allah Wa Qaala Rasool (SAW) at the historic grand mosque as the Mirwaiz-e-Kashmir.

In a statement, Anjuman said the spirit with which the Shaheed-e-Millat  highlighted Islam’s message of peace, humanity, love, tolerance, brotherhood and religious harmony is a glorious chapter of our milli and religious history.

Mirwaiz Moulvi Muhammad Farooq made the Auqaf a self-sustained organisation and took several measures to overhaul the Jama Masjid by providing best possible facilities for the worshippers, the Anjuman said, adding that such contribution of Shaheed-e-Millat can never be forgotten.

Anjuman Auqaf Jama Masjid has appealed to people to pray for highest status in Jannah for Shaheed-e-Millat and all the martyrs of Kashmir in their daily prayers. It also urged people to pray to Almighty Allah to grant us refuge from the deadly outbreak of coronavirus.