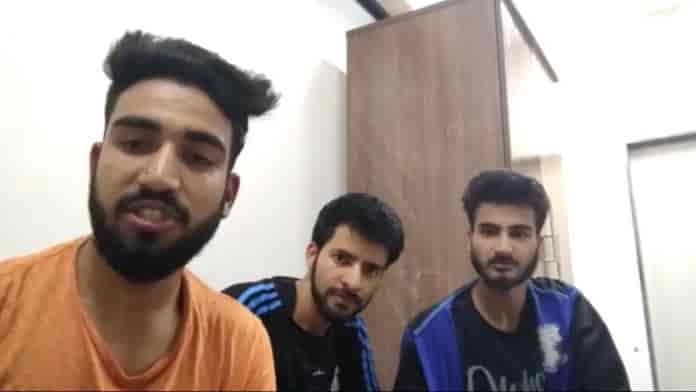 The investigating officer in the sedition case against three Kashmiri students in Karnataka has been suspended for a delay in filing the chargesheet in the case.

The students were released on bail on 6 June after more than three months in detention. Inspector-General of Police (Northern Range) Raghavendra Suhas issued the suspension orders after an inquiry was conducted probing the failure to file a chargesheet in the case.

Jackson D’Souza, the police inspector of Hubballi Rural police station, was suspended on Thursday, reported Newsminute. The inspector cited the lockdown over the coronavirus outbreak for the failure to file a chargesheet in the case.

The lawyers representing the student filed a bail petition in a magistrate court in Hubballi, Karnataka, on 1 June but the chargesheet in the case was filed only on 4 June. The lawyers stated that there is a stipulated time period in which the charge sheet has to be filed (60-90 days), and on the 91st day, the accused is entitled to bail.

The students from Jammu and Kashmir – Talib Majeed, Basit Asif Sofi and Amir Mohiuddin Wahi – studying in Hubballi’s KLE Institute of Technology were arrested in February after a video of them allegedly speaking in favour of Pakistan was shared widely.

The students were arrested and charged under section 124A (sedition) of the Indian Penal Code.They were briefly released after the execution of a personal bond under section 169 of the CrPC (Release of accused when evidence deficient) but after protests by right-wing activists of the the Akhil Bharatiya Vidyarthi Parishad (ABVP) and Bajrang Dal, they were re-arrested by the police.

Their time in custody was fraught with tension after the Hubballi Bar Association passed a resolution in February that its members would not represent the students following which the Karnataka High Court reprimanded the Hubballi Bar Association and stated that its resolution went against the principles of natural justice and the rights of the accused of obtaining a defence.

Despite this, lawyers representing the students were heckled when they arrived in the Principal District Session Court in Dharwad to pick up the bail petition forms. Their bail petition was rejected by the Fifth Additional District and Sessions Court in Hubballi on 9 March.