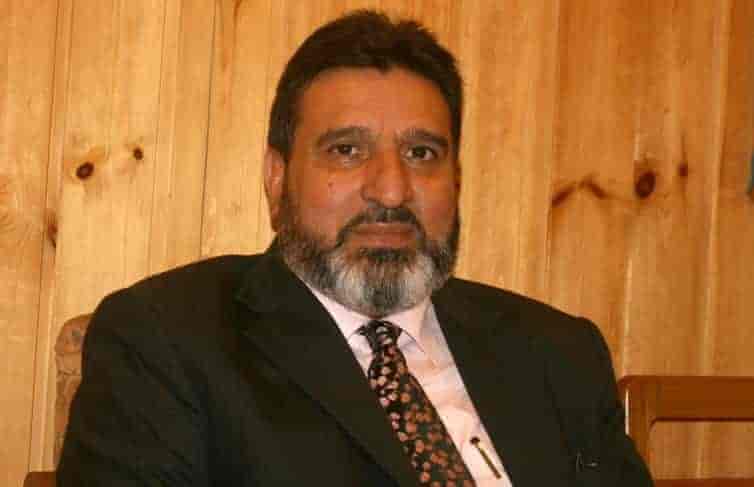 At a time when Kashmir’s politics was in a stalemate, the former People’s Democratic Party leader, Altaf Bukhari, announced the launch of his own formation, the Jammu and Kashmir Apni Party (JKAP). Since then the party has been seen as a spawn of New Delhi’s machinations to not only resuscitate but redefine the politics of the region.

Even as traditional unionists have come together under the Gupkar Declaration—resolving to restore J-K’s semi-autonomy, Mr. Bukhari has distanced his party from it. “Some people are calling it a divine fatwa [edict]. [But] it is nothing,” he told The Kashmir Walla in an interview. “They have no other choice but to fight elections. They will betray and hoodwink people again, this is the smokescreen.”

Kashmiri politicians in the past have used the “smokescreen of autonomy, self-rule, azadi, [everything] anti-India” to escape accountability from the public; today, said Mr. Bukhari, the traditional parties have found another election ruse, in the declaration, to hide behind.

There was, for Kashmiri politicians, never anything beyond the mandate of development, and “tomorrow’s politics will be driven by that”, said Mr. Bukhari. “We were voted earlier also for [development] but politicians interpreted it as a mandate to talk about India and Pakistan.”

“Choosing the best words from the dictionary will not help them,” said Mr. Bukhari. What will help them then? Mr. Bukhari said: “To speak the truth that the time and situation have changed and that you have to vote for [development and jobs].”

The JKAP, Mr. Bukhari said, would focus solely on the developmental needs of the people over a reversal of the 5 August 2019 decisions. “We want Article 370 should come back but who will bring it back? Only the SC or the parliament—where we need a majority,” he said, but added that, at the moment, the “common Kashmiri is not thinking of 370. The passions have not ended but we don’t have the strength.”

During the interview, Mr. Bukhari claimed credit for the overnight amendment to the recent domicile rules imposed on J-K by the Government of India (GoI). “What gives me satisfaction is that the Apni Party is the first party that, without seeking a single vote from people, delivered something,” he said. “I can tell you tomorrow, if after the elections the Apni Party [comes to power], within the first fortnight you will see that the domicile law is [again] changed. Because it is a subject within the purview of the assembly.”

A “confrontationist approach” with New Delhi, Mr. Bukhari said, did not work even when J-K was a state and all laws were passed when the Governor was taken into confidence. “The modus operandi remains the same: you still have to satisfy the Governor. You can’t do something without his satisfaction,” he said.

In the coming months, the JKAP, said Mr. Bukhari, is working to “slowly grow on the ground level” and that “our intention is not to grab power. It is not our basic objective. It is to get these demands fulfilled.” Mr. Bukhari said that he didn’t envisage the JKAP as a “garage” for “dumped leaders” and former MLAs but as a party from which new faces would emerge.

Here are more excerpts from the interview.

Why has the BJP in Jammu also claimed credit for the amendment to the domicile law?

Success has many fathers. What I said is borne by the records because fortunately, we were in Delhi on that day. It was immediately amended. If the BJP says they did it, then they should have done the night before. Why did they issue it? The BJP is there in Jammu as well as [in power] in Delhi. If someone else had claimed it, I would have ceded it to them.

If [the BJP] says they have done it, then do they do things such that they have it change it at night?

If JKAP ensured an amendment, why were you not able to get the 25-year criteria [as the party has demanded] as well?

We tried but it was not agreed to. If we had insisted on that, it would have gone to bureaucracy and the cabinet and through a procedure that would have taken two months. In those two months, people would have been appointed. Why did we come forward and not wait? Because if we waited like other parties, they [administration] had to employ 40-50000 people and even if 25000 of them were non-locals, it would change the demography. But when we stopped that. We were also thinking it should not happen ahead.

In Kashmir, the concern really is not 10 years or 25 years.

Let me tell you honestly, how many people [will get domicile]? The West Pakistan Refugees will be a 10 percent addition as 90 percent were already state subjects admitted through the backdoor or front door.

There are also reports of non-locals also getting the domicile…

This is what we have lost. I am not saying there is nothing lost. This is what 35A bestowed upon us. But it will not make a significant effect in these two and a half or one years till the elections are held. Then we will try to protect it, only to the extent of increasing the tenure [eligibility criteria in terms of prior residence in J-K]. The truth is that I go to Delhi, I buy a home there etc [implying reciprocity was only fair]. Let us forget politics.

How will you address the fears of a demographic change?

See, wherever there are minorities — and we are minorities in India — there are such fears. But what will reassure you? The man who is ruling at present. We met him [Prime Minister Narendra Modi], we put this question. [He said that] there is no common sense in doing it, J-K is not Pakistan, it is a part of India and how can you change it. We also met the Home Minister who issued a statement about this as well.

It is said that the Abdullah’s met the PM [before abrogation] who had reassured them that nothing would happen. We haven’t seen that [on record], the [PM] saying that to Farooq sahab. If I have gotten an assurance, I am saying this because the PM office issued it [on record].

This is a trust and faith relationship and we have to trust. For us, there is nothing other than trust.

The government has misinformed the public before, especially the J-K administration in the run-up to 5 August, how does one have confidence in their reassurance?

I don’t think any of them [J-K administration] were in the loop on [abrogation]. Second, why do we forget that politics has changed, the narrative has changed. Maybe because of the pandemic, people don’t realize it but the Apni Party’s existence has brought about a paradigm shift in J-K’s politics. Now, it is the politics of truth. There is a paradigm shift in GoI’s approach as well. In the past, did they ever accept fake [gunfights]? Shopian fake killings have been accepted. Do you not see a paradigm shift from them? They also want to bridge the gap. They also want to be fair and transparent. These may be small steps but these are meaningful steps.

I expect [an admission of guilt] even in Sopore [custodial death, to be admitted lapses].

And what is the current sentiment on the ground?

It has never been pro-India. And it is not pro-India [presently]. Why should it be? Till now, the politicians who were in power had flared up emotions so much that there was no scope for a middle path. Their politics was based on that. In Jammu, they played people against Kashmir, in Kashmir they played people against Delhi. This was politics. Today, we say that it is a thing of the past. It is time to speak the truth, and [forge relations] over commonalities–people in both Jammu as well as Kashmir want statehood, reservations in jobs, and protection of land rights is the biggest issue. And our party’s vision is clear.

What is the party’s stand on the issue of land rights?

We have come on record, as a party, to say that the land here should be for locals only. Sheikh [Abdullah] sahab made the first amendment to the land rights act to allow [industries] and we are okay with that

But not one inch of agricultural land [will be allowed]. If that happens, I can commit that the Apni Party will be the first to come out on the roads.

You spoke about the unionists using smokescreens to contest elections, is it still a plank enough to contest post-370?

Now they can’t challenge [Mr.] Modi. So, they will challenge us [Apni Party] now, calling us A-team or B-team [of the BJP]. But the truth is the truth, and they [other unionists] find our truth bitter.

I have hopes that they will also now indulge in politics of truth. They have more experience.

So how do you see their politics today?

I don’t think they have come out of the spiral, they have trapped themselves in the same spiral. They hide behind the so-called Gupkar Declaration. What is that? A meeting of these people in Srinagar on 3 August where they decided they will save 370 and 35A. On 5 August it was gone, they couldn’t save [the articles], so the Gupkar Declaration is gone.

We see that even in Ladakh, there is a united opposition to the BJP’s policies and it seems to have yielded results for them. Isn’t there similar hope from Kashmir?

In Ladakh, all parties are talking of something achievable. Why did they not talk of 370 or 35A? They have the most threat from [the abrogation]. Because they know that it [restoration of semi-autonomy] is not achievable. They demand schedule 6 [of the Indian Constitution], which guarantees that non-tribals will not be allowed to settle.

What does Kashmir demand? Kashmiri themselves are fragmented in so many voices. Has anyone built a consensus on what Kashmir wants? Kashmir can’t get anything in isolation, it is a state and [it will get] what people of the state would like.

The interview originally appeared in our 28 September – 4 October 2020 print edition.