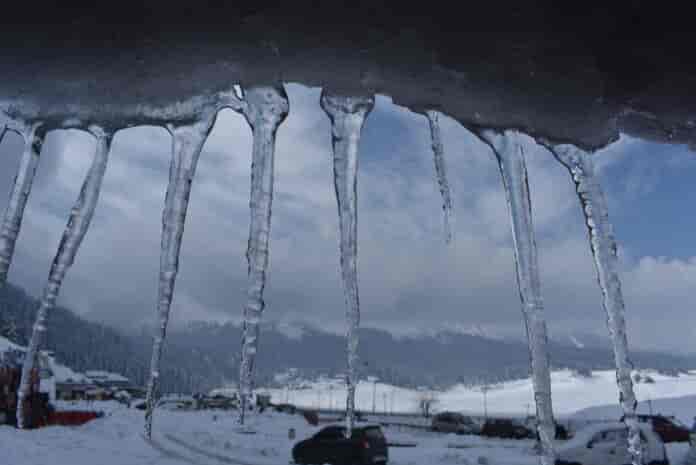 Freezing weather conditions show no signs of reprieve in Kashmir Valley as the minimum temperature in Srinagar plunged to minus 2.2°C on Sunday.

A meteorological department official told a local news agency, Global News Service (GNS), the temperature was three notches below yesterday’s minus 1.9°C for the summer capital. While mercury was around 1.3°C below normal during this time of the year, the official said, it equaled last Sunday’s temperature which was the coldest night so far this season in the city which also remained engulfed by mist.

Qazigund recorded a low of minus 2.8°C against minus 2.4°C on the previous night. The temperature was 1.8°C below normal for the gateway town of Kashmir, he said.

In Pahalgam, the mercury settled at minus 4.6°C against minus 2.8°C on the previous night and it was 1.3°C below normal for the south Kashmir resort, he said.

Kokernag recorded a low of minus 0.8°C against minus 1.0°C on the previous night and it was 0.2°C below normal for the place, he said.

In Kupwara town, the mercury settled at minus 2.4°C against minus 1.9°C on the previous night, the official said. It was 1.0°C below normal for the north Kashmir place, he said.

In Ladakh, Leh recorded minus 8.4°C, Kargil minus 10.8°C and mercury in Drass, the world’s second coldest place after Siberia, settled at minus 11.1°C, the official said. The Weatherman has already forecast light to moderate snowfall in Kashmir from 9 to 10 December.