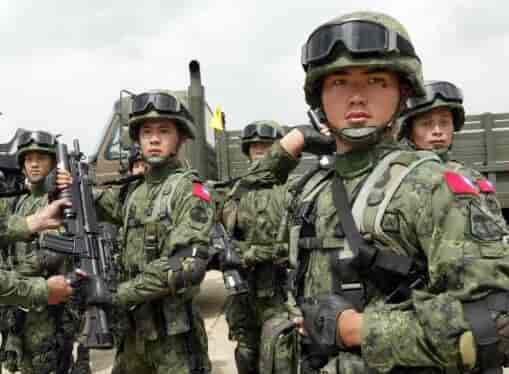 The Chinese army is again in action to make its incursions permanent on the Line of Actual Control (LAC). The People’s Liberation Army (PLA) has recently built more than 200 new shelters in the strategic area between Aksai Chin and the Siachen glacier.

These shelters have been built for the purpose of providing support to the Chinese soldiers present there in winter.

According to the information, according to the Indian concept of LAC, PLA has built pre-fabricated shelters for the soldiers sitting about 15 to 18 km, like the Indian army has been installing in Siachen glacier.

These shelters control the temperature and the soldiers can survive even in the bitter cold. There are military bases in the depth area to support this encroachment and provide military equipment. From there they are getting help. Most of these camps have been set up after Xi Jinping was elected president for a third term in October.

The Chinese army encroached on five areas of Ladakh in 2020, from where it has returned, but the old incursions in Depsang and Damchowk remain intact.

Due to the presence of Chinese soldiers in Depsang, the Indian army is not able to go up to the traditional patrol points (PP) 10, 11, 12, 13, and 14. In senior commander-level talks, India has been registering objections on Depsang and Damchowk. It is clear from the construction of new shelters in Depsang that the Chinese PLA has no intention of withdrawing from there in the near future.

This area is very important for India from a strategic point of view. It connects China-occupied Aksai Chin with Pakistan-administered Kashmir. Here, China is working on building a highway under the Belt and Road Initiative.

Meanwhile, citing media reports that China has built shelters in the Depsang area in Ladakh, the Congress today questioned the government’s “silence” over the issue and asked what steps were being taken by it to ensure status quo ante of April 2020.

There was no immediate reaction from the government to the Congress’ allegations.

While the Congress has been attacking the government over its handling of the border issues with China, officials have maintained that India has significantly enhanced its border infrastructure in recent years with the centre giving a major boost to such efforts following the eastern Ladakh standoff.

“On November 15, Modi had met Xi Jinping, the Chinese head of state. He was not showing angry red eyes, he was in fact adorning a red shirt and I wonder what he talked about as he met Xi Jinping after the supreme sacrifice of 20 of our bravehearts,” Shrinate said at a press conference at the AICC headquarters here.

Citing media reports, she said that in the area of Depsang, China has built temperature-regulated “shelters” that help any army personnel to be stationed permanently.

“Two hundred such shelters have been built by China in our territory 15-18 km inside the LAC (Line of Actual Control),” she alleged.

Why has there not been a single statement from Prime Minister Modi, his Government or the Ministry of External Affairs, Shrinate asked. (Agencies)