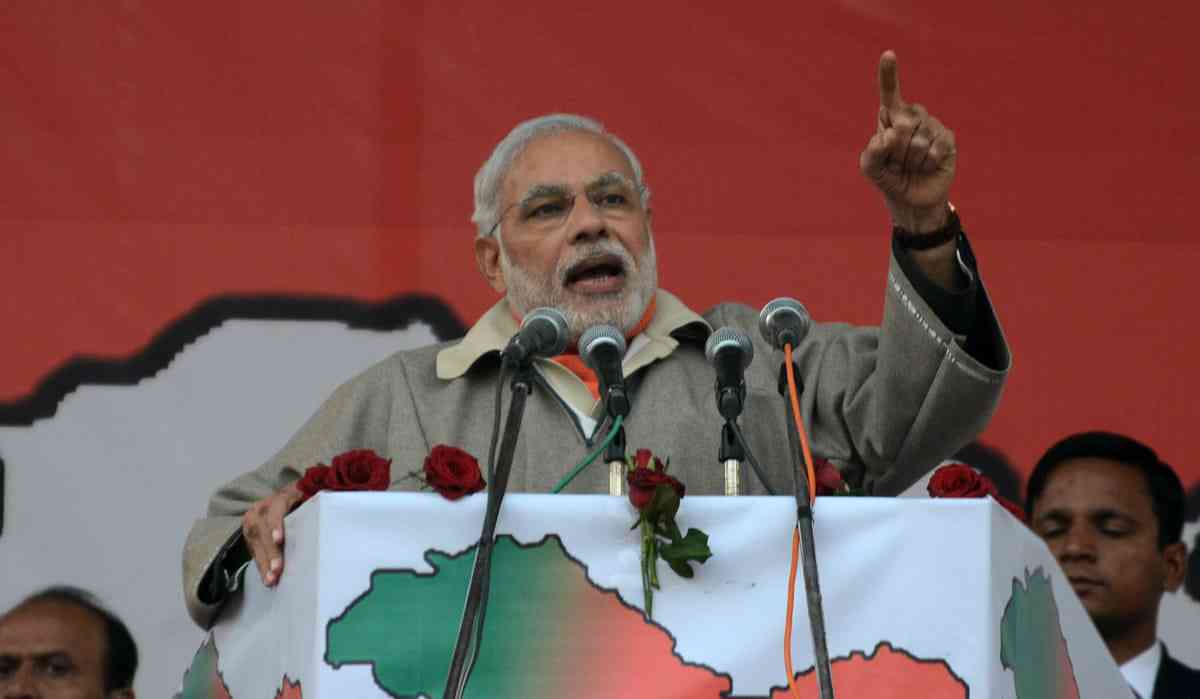 Prime Minister Narendra Modi on Monday said the Centre and state governments are trying to control the spread of Lumpy Skin Disease in livestock, which has led to the loss of cattle in different parts of the country.

An indigenous vaccine has been developed for Lumpy Skin Disease, he said after inaugurating the International Dairy Federation World Dairy Summit (IDF WDS) 2022, being organised at India Expo Centre & Mart.

Lumpy Skin Disease (LSD) is a contagious viral infection that affects cattle and causes fever, nodules on the skin, and can also lead to death. Thousands of cattle have died since July due to LSD in more than eight states, including Gujarat, Rajasthan, Punjab and Haryana.

“In the recent past, there has been loss of livestock in many states of India due to the disease named Lumpy. The central government along with various state governments is trying to control it,” Modi said.

Modi informed that Indian scientists have also developed an indigenous vaccine for LSD.

Addressing the summit, also being attended by a large number of foreign delegates, he said that disease of livestock is a major threat as it affects the farmers and their income.

Since the disease in cattle also impacts milk production and its quality, the government is focusing on universal vaccination of livestock.

“We are committed for 100 per cent vaccination of livestock by 2025 for foot and mouth disease,” he said.

He further said India is building the largest database of dairy animals and every animal associated with the dairy sector is being tagged.

“We are doing biometric identification of animals. We have named it – Pashu Aadhaar,” he said.

He said additional income for the farmers, empowerment of the poor, cleanliness (swachhta), chemical-free farming, clean energy and cattle care are interlinked in this ecosystem.

Animal husbandry and dairy are being promoted as a powerful medium of green and sustainable growth in villages, he said.

Schemes like Rashtriya Gokul Mission, Goberdhan Yojna, digitisation of dairy sector and universal vaccination of cattle along with measures like banning single-use plastic are steps in that direction.

That apart, Modi said, the government is promoting entrepreneurial structures like farmer producer organisations and women self-help groups as well as startups in dairy sector.

More than 1,000 startups have come up in agriculture and dairy sector in the last 5-6 years, Modi said citing example of the strides achieved in Gobardhan Yojana.

Modi also said the government is promoting both indigenous and hybrid cattle breeds as diversity is important be it in agriculture or dairy sector.

Stating that ‘Pashu Dhan’ and milk-related business is a thousand years old culture in India, Modi highlighted four unique characteristics that have strengthened the dairy sector.

“Unlike other developed countries of the world, the driving force of the dairy sector in India is small farmers. India’s dairy sector is characterised by “production by masses” more than “mass production,” he said. (PTI)