India should take all necessary steps to restore rights of Kashmiris: Joe Biden 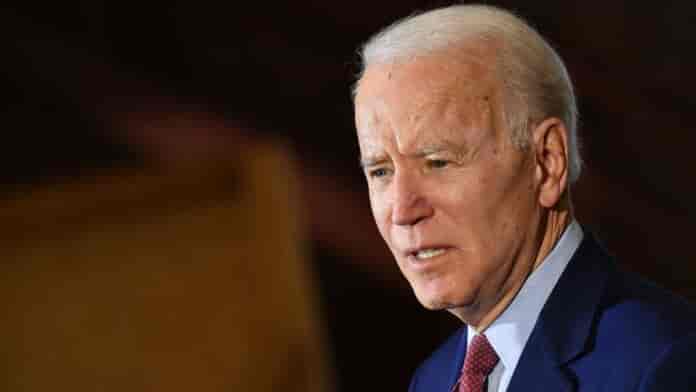 He has also expressed disappointment over the Citizenship (Amendment) Act and the implementation of the NRC in Assam.

According to a policy paper — ‘Joe Biden’s agenda for Muslim American community’ — posted recently on his campaign website, “these measures (the CAA and the National Register of Citizens) are inconsistent with the country’s long tradition of secularism and with sustaining a multi-ethnic and multi-religious democracy”.

Observing that Mr. Biden understands the pain Muslim-Americans feel towards what is happening in Muslim-majority countries and countries with significant Muslim populations, the policy paper clubbed together Kashmir and Assam in India with the forced detention of over a million Uyghur Muslims in western China, and discrimination and atrocities against Myanmar’s Rohingya Muslim minority.

“In Kashmir, the Indian government should take all necessary steps to restore rights of all the people of Kashmir. Restrictions on dissent, such as preventing peaceful protests or shutting or slowing down the internet, weakens democracy.

“Joe Biden has been disappointed by the measures that the government of India has taken with the implementation and aftermath of the National Register of Citizens (NRC) in Assam and the passage of the Citizenship (Amendment) Act into law,” the policy paper said.

India abrogated the special status of Jammu and Kashmir under Article 370 of the Constitution on August 5 last year and bifurcated it into two Union territories — Ladakh, and Jammu and Kashmir.

India has defended its move, saying the special status provisions only gave rise to terrorism in Jammu and Kashmir. It has asserted that the abrogation of Article 370 is its “internal matter”.

The Indian government maintains that the CAA, which was passed by Parliament, is an internal matter of the country and stressed that the goal is to protect the oppressed minorities of neighbouring countries.

According to the CAA, members of the Hindu, Sikh, Buddhist, Jain, Parsi and Christian communities who have come from Pakistan, Bangladesh and Afghanistan till December 31, 2014 following religious persecution there will get Indian citizenship.