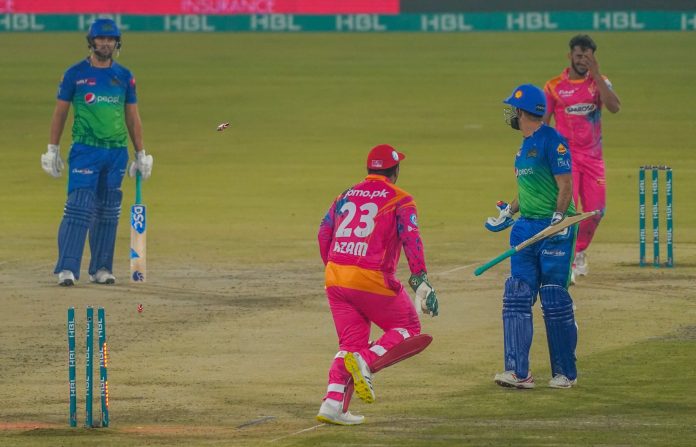 Powerful half-centuries by Tim David (71) and Rillee Rossouw (67 not out) had lifted Multan to 217-5 as the defending champion smashed 93 runs off the last five overs against Islamabad fast bowlers.

Islamabad skipper Shadab duly capitalized on three dropped catches and kept his team in the hunt of a record PSL run-chase by hitting nine sixes and five fours. But the two-time champion Islamabad fell short of the target after Shadab holed out in the penultimate over and his team was finally bowled out for 197 in 19.4 overs.

Despite holding on to some impressive catches that included Shah’s brilliant running catch off his own bowling to dismiss Asif Ali (15), Multan provided too many chances to Shadab. Anwar Ali dropped a sitter before Shadab had completed his half-century while Sohaib Maqsood floored a difficult chance at deep extra cover soon after Shadab had completed his half-century.