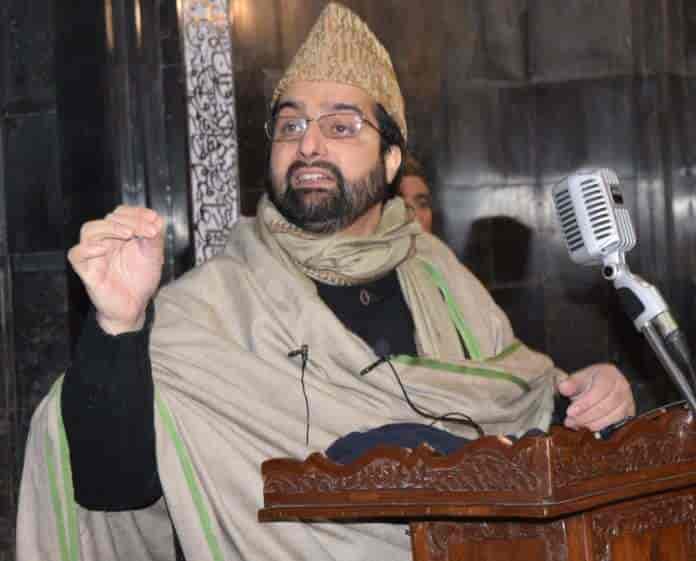 Addressing a Friday gathering at the historic Jamia Masjid here, Imam-e-Hai in his Friday sermon said that since last year’s 5 August, Mirwaiz is under house confinement and not able to venture out of his house so that he could perform his religious duties. “Mirwaiz is not only a political leader but a religious preacher as well. Confining him to the four walls of his house tantamount to direct interference into the religious affairs.

By not allowing him to address people on Friday’s and other auspicious days including Eid-e-Milad un Nabi (SAW), sentiments of thousands of people stand hurt badly,” Imam-e-Hai said as per news agency—Kashmir News Observer (KNO) and appealed the administration led by LG Sinha to revoke the house confinement order of Mirwaiz and order his immediate release so that he can perform his religious duties.

Soon after the culmination of Friday prayers at the historic Jamia masjid, members of Anjuman-e-Auqaf Jamia Masjid, the managing body of Kashmir’s spiritual centre, who were joined by scores of worshipers, staged a peaceful protest outside the masjid.

Previous article“Why are you scared of us?”: In Jammu Mehbooba Mufti lashes out at BJP
Next articlePampore gunfight: Second militant killed after refusing to surrender

Five families were shifted to a school building after their houses developed cracks following an expansion work on a...
Kashmir