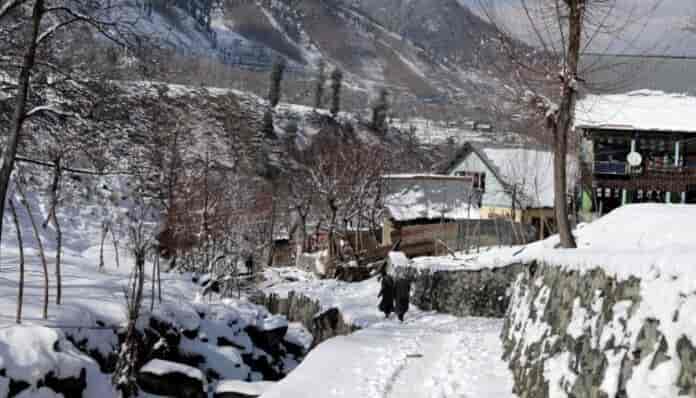 Srinagar: The inhabitants of Poru Kalnag village of Kokarnag in south Kashmir’s Anantnag district Thursday staged a protest in Srinagar against the lack of basic facilities like road connectivity, electricity and potable water supply.

The villagers said that they have to face immense problems due to the lack of basic facilities in the village.

According to the news agency—Kashmir News Observer (KNO), the villagers held a protest at Press Enclave Srinagar, saying that they suffer immensely for want of even basic facilities like road connectivity, electricity, and potable water supply.

“Even in the 21st century we don’t have road connectivity and the irony is that we have to traverse through thick forests to reach the village either by foot or on horseback. We have been deprived of even basic facilities by the successive regimes as no one has even bothered to visit the village in the last 60 years,” said Ijaz Ahmad Bemla, a protester.

He said that they don’t have any facility in the village, all we have is Almighty’s name.

He said that it’s very unfortunate on part of the concerned authorities that they have even failed to construct a 500 metre road to their village.

“I lost my cousin as she was pregnant and due to unavailability of the road she was not taken to the hospital on time,” Ijaz said.

Meanwhile, the villagers appealed to the Lt. Governor, Manoj Sinha, and DC Anantnag to personally look into the matter and help resolve their genuine grievances—(KNO)

Previous articleWalking on frozen Dal Lake could be dangerous: Srinagar admin
Next articleKashmir cold wave: No respite for next one week