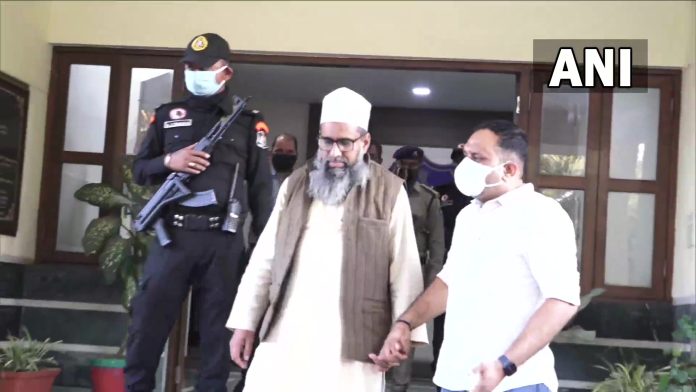 Gujarat Anti Terrorism Squad arrested a Muslim cleric from Delhi in connection with murder of a man in Gujarat’s Dhandhuka town recently over an alleged objectionable Facebook post that the accused claimed hurt their religious sentiments, an official said.

According to a report by Press Trust of India, Kishan Boliya was shot dead by motorcycle-borne men on January 25 in retaliation for a Facebook post he had shared on January 6, for which some Muslim community members had filed a police complaint claiming it hurt their religious sentiments.

ATS officials said Maulvi Kamargani Usmani was arrested from Delhi, and he is the second cleric to be held in the case after Mohammad Ayub Javrawala, who was caught from Ahmedabad on Friday.

ATS Superintendent of Police Imtiaz Shaikh told reporters Shabbir Chopda, who had shot dead Boliya, was in touch with Usmani through social media platform Instagram, adding that the arrested cleric ran a social organisation and instigated youth from the community to take action against those who insult Prophet Mohammad.

Chopda (25) and Imtiaz Pathan (27) were held on Friday along with Javrawala, who instigated the two to commit the crime and also arranged for the murder weapon.

India reported 2,364 fresh Covid cases in a span of 24 hours, which is an increase over the previous...
News