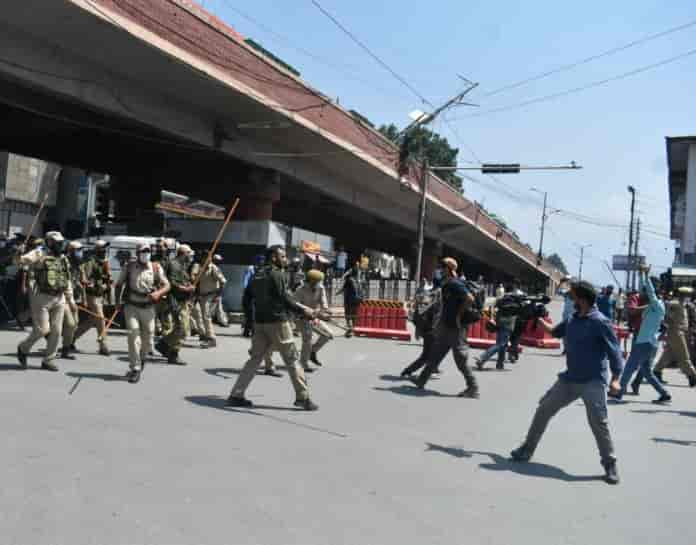 All Parties Hurriyat Conference (APHC) led by Mirwaiz Umar Farooq has strongly condemned the police assault on Shia mourners and journalists who were covering the Muharram processions in Srinagar yesterday and demanded immediate release of all those arrested.

The APHC in a statement said the religious events related to Muharram should be allowed to take place without any hindrance. The authorities should also allow opening of mosques and other places of worship for prayers, it added.

Condemning the firing of pellets and tear gas shells on mourners, the APHC said, “Not only did the mourners become the target of official wrath but even journalists covering the event were ruthlessly beaten and their equipment damaged by forces which is extremely condemnable.”

It said the authorities have “completely exposed themselves” by “forcibly” closing mosques and other places of worship, banning religious gatherings, processions and events, and “ruthlessly” beating up people who stand up for their religious rights. All this, it said, was being done “in the garb of Covid concern”.

“These very authorities force public participation in official functions and events that they hold with scant Covid concern or following the protocols,” the statement said, adding that “diktats” are enforced to ensure people participate in official events who otherwise are “threatened with consequences”.

The statement expressed strong resentment over barring people from attending the religious places “where even all Covid SOPs are followed”.

“Such bans are forcibly executed,” the APHC said. “Such anti-people policies of the rulers only create further dissent and vitiate the situation on the ground.”