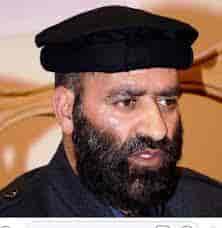 J-K Salvation Movement chairman Zaffar Akbar Bhat and three other people have been arrested in connection with militancy funding and for procuring MBBS seats for students from Jammu and Kashmir in Pakistan.

It said that the brother of Mohammed Abdullah Shah went to Pakistan in 90s and has been working as a facilitator of Hurriyat.

“Details of other accused can’t be shared right now. The investigation is underway,” the DGP, according to ANI, said.

Weatherman on Wednesday forecast isolated to scattered light rain and thunder over Jammu and Kashmir in next 24 hours. A...
Kashmir