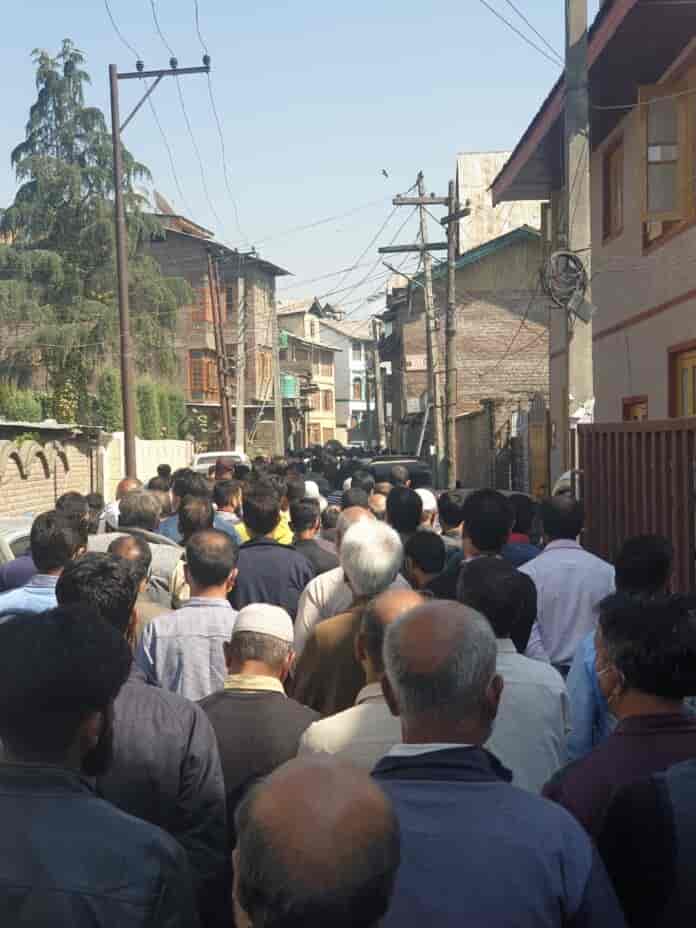 Srinagar : Lieutenant Governor, Manoj Sinha has expressed anguish over the attack on a political leader in central Kashmir’s Ganderbal district.

He also paid tributes to the cop who lost his life during the attack.

Strongly condemning the attack, the Lt Governor said that this is an act of cowardice and those involved in this act will be brought to justice. “I extend my solidarity with the family of the slain PSO. All possible help will be extended to the family of the deceased,” he added.
Earlier in the day hundreds attended the funeral of Mr. Altaf who was buried in his ancestral graveyard in Eidgah area of Srinagar’s downtown. His funeral prayers were offered at the Eidgah play ground.

Previous articleSopore woman dies a week after setting herself ablaze at her in-law’s house
Next articleFormer CBI chief, Nagaland governor dies by suicide in Shimla