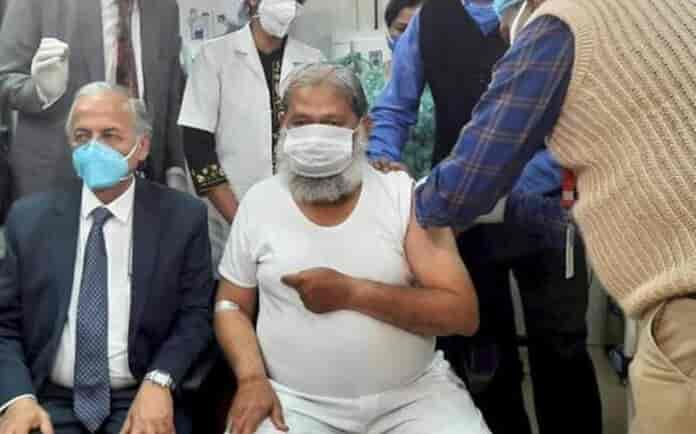 Haryana Home Minister Anil Vij in a tweet said that he has tested positive for coronavirus.

67-year-old Vij, 67, said he is admitted at the Civil Hospital in Ambala.

The announcement comes a little over two weeks after he participated in the clinical trials of a coronavirus vaccine.

The minister also urged all those who had come in close contact with him to get themselves tested.

“I have been tested Corona positive. I am admitted in Civil Hospital Ambala Cantt. All those who have come in close contact to me are advised to get themselves tested for corona,” Vij tweeted.

On 20 November Vij, who is also Haryana’s Health Minister, participated in the third phase trial of Bharat Biotech’s Covaxin. He had earlier announced on Twitter that he will be the first volunteer in his state for the vaccine trials.

The antibodies against the infection build up in a human being only after a specific number of days pass after the second dose of the vaccine is taken, since this is a two-dose vaccine. The minister in question has taken only one dose of the vaccine,” the Union Health Ministry said after Mr Vij’s announcement.

Bharat Biotech, that is developing the vaccine, said the clinical trials of Covaxin are based on a two-dose schedule, given 28 days apart. “The vaccine efficacy will be determined 14 days post the second dose. Covaxin has been designed to be efficacious when subjects receive both doses,” the Hyderabad-based drug maker said, reacting to the news of the Haryana minister testing positive.

Covaxin has been evaluated in about 1,000 subjects in the first two phases of clinical trials, with promising safety and immunogenicity data.