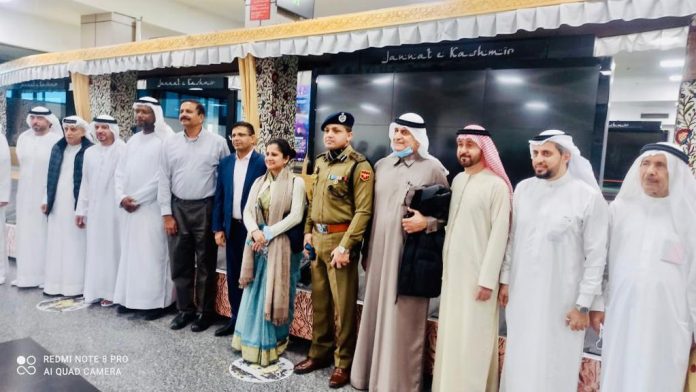 A high-level delegation of businessmen from Gulf countries has landed in Srinagar on Sunday evening.

The CEOs of 30-plus companies, including Indian businessmen, will be in the Valley for the next four days, during which they will be looking at business opportunities in the Union territory, reported the News18.

The report said that as part of the four-day programme, Sinha, along with the principal secretary of industries and commerce and other government officials, will showcase investment opportunities, with focus on entrepreneurship, tourism and hospitality sector.

“The CEO of Century Financial, Bal Krishen is heading the high-level delegation of Gulf businessmen, along with CEOs from Saudi. A CEO of a Dubai-based Company that the delegation will take part in some business events in the Valley, one of which is scheduled on March 22 at Sher-i-Kashmir International Convention Centre (SKICC),” the News18 report said.

It said that the delegation will also visit various tourist destinations, including Gulmarg and Pahalgam, to explore investment opportunities. Sinha will also host a dinner for the business delegation.

The report said that the delegation will also visit various tourist destinations, including Gulmarg and Pahalgam.

Quoting a senior J-K official, the report said that the programme is in line with the initiatives taken by the government towards creating favourable infrastructure for export promotion and an entrepreneur-friendly environment.

“There will be pitch presentations of several exporters, start-ups and women entrepreneurs, along with an overview of the cottage and silk industries, product displays and artisan meets.”

It is pertinent to mention here that the this business-tour comes after Jammu and Kashmir Lieutenant Governor Manoj Sinha’s Dubai visit, where several important memoranda of understanding (MoUs) with multiple UAE companies were signed,