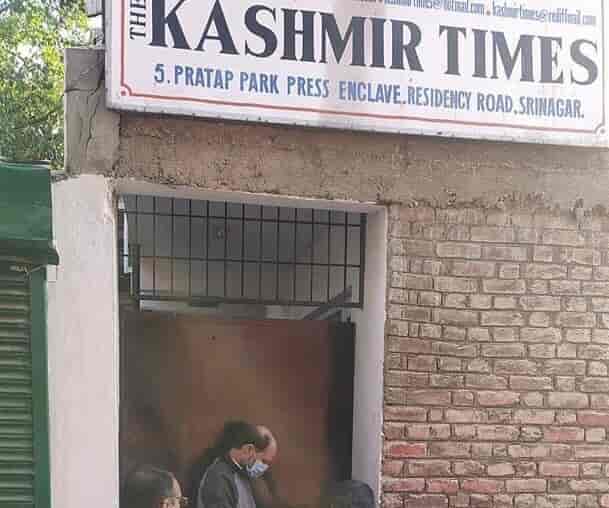 Srinagar :The Estates Department on Monday sealed the office of daily newspaper Kashmir Times in Srinagar.

The editor of the newspaper, Anuradha Bhasin said that the government action was a “vendetta for speaking out”, “Today, Estates Deptt locked our office without any due process of cancellation & eviction, same way as I was evicted from a flat in Jammu, where my belongings including valuables were handed over to “new allottee”. Vendetta for speaking out! No due process followed. How peevish!” Mrs. Bhasin posted on her social media handles.

Earlier this month, Mrs. Bhasin had alleged that some “goons” entered her government alloted flat in Jammu and committed theft and stole the jewelry and other valuables from her house.

In a statement she said, “Today some goons, led by Dr Imran Ganai, brother of Shehnaz Ganai, former MLC, entered the government flat allotted to me at Wazarat Road (since 2000) and committed theft, stole my jewellery, silverware and other valuables in my house in connivance with Estates Deptt and some police personnel. Few cops in civvies were assisting them in the loot and they were present in every room and tried hiding their faces when I was clicking their photos.”