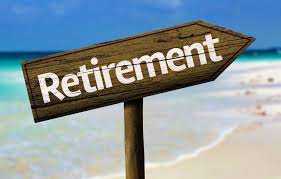 In its endeavor to make police department more efficient and transparent, the government today prematurely retired 36 police personnel on charges of their involvement in corruption and criminal activities.

According to the statement, these personnel conducted their duties in ways which were unbecoming of public servants and in violation of the established code of conduct.

The exercise was conducted as part of regular process of scrutiny of records of officials, who cross benchmarks of age/service period in terms of Article 226(2) of J-K CSRs.

“These employees were found involved in illegal activities, remained unauthorizedly absent from duties for a considerable period, underperformed, penalized in departmental enquiries and some of them found involved in corruption cases, facing serious criminal charges, and had doubtful integrity,” the statement reads.

As per the recommendations of the review committee, the performance of these employees was found non-satisfactory and their continuation in the government service was found against the public interest.

During the recent past, as part of its zero tolerance policy towards corruption, various employees have been dismissed from service on account of official misconduct, after rigorously following departmental proceedings against them, while as many cases are under scrutiny with the Empowered Committees constituted for consideration of cases under Article 226(2) of J-K CSRs. Further, many employees have also been terminated from service on account of anti-national activities.

Meanwhile, the government has also initiated several measures for human resource development of government employees in Jammu and Kashmir which includes online Human Resource Management System (eHRMS), induction of officers into the prestigious Indian Administrative/ Police Service, conduction of timely DPCs for smooth career progression, updating recruitment rules, fast tracking the recruitment process through recruiting agencies and abolishing of interviews for most of the non-gazetted vacancies referred to the Services Selection Board.