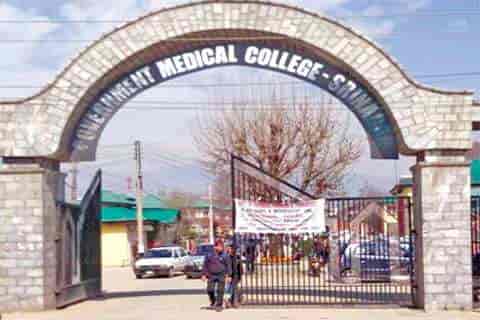 The medical interns at Government Medical College (GMC) Srinagar have sought a share in incentives that Lieutenant Governor Manoj Sinha had announced for frontline health workers earlier this month.

“From doctors to drivers to nurses, everybody is getting the incentives but nobody is talking about us,” one of the 280 interns at GMC Srinagar told The Kashmir Walla.

Earlier this month, Jammu and Kashmir administration had announced incentives of 10,000 rupees per month for resident doctors, medical officers and postgraduates dealing with the COVID-19 patients, 7,000 rupees for nursing and paramedical staff, and 5,000 for attendants, drivers and sweepers.

The interns said that they have been excluded from getting the incentives and that the college authorities have sent an application to the office of LG, mentioning to include interns for getting the same per month. However, “we didn’t receive any response so far”.