Give Amir under me and then see the wonders he does: Rawalpindi Express offers help 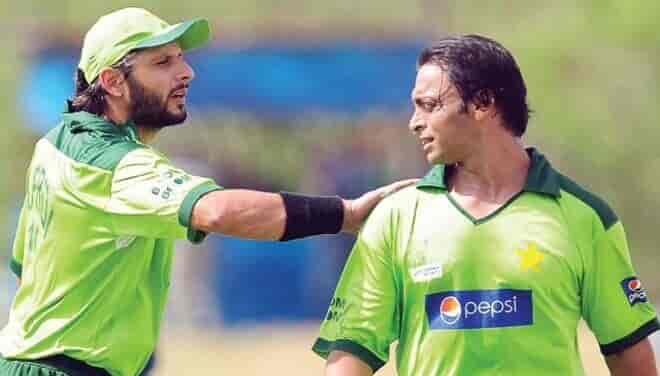 Reactions have been pouring in following the shock retirement of Pakistan pacer Mohammad Amir.

The 28-year-old made sudden decision yesterday after complaining ‘mental torture’.

Among those to lend support is Pakistan legend Shoaib Akhtar who offered his help to bring the talented left-arm pacer’s career back on track.

“Give Mohammad Amir under me and then see the wonders he does on the ground. Na zaaya kerain us ko (Don’t waste him),” tweeted the Rawalpindi express.

Another former Pakistan cricket Ramiz Raja said it was a sad exit of a ‘potential super star’.

“Mohammad Amir retires. Sad untimely exit of a potential super star! And a lesson for aspiring youth: Respect your talent and understand your responsibilities. Don’t mistake wealth for respect. Respect is earned by having a strong character and not by worldly glitzy shit!” Raja tweeted.

The left-armer, who arrived at the scene in a T20I game against England in June 2009, participated in 147 international fixtures in which he took 259 wickets.

He was part of the Pakistan squad which won the 2009 World T20I. However, his career faced a downward spiral when he was banned for five years over his involvement in the 2010 spot-fixing scandal during the tour of England in 2010.

Upon his return to the international side, Amir played a leading role in Pakistan’s formidable pace attack and helped the side won its maiden International Cricket Council (ICC) Champions Trophy title back in 2017.

The pacer retired from Test cricket citing workload reasons and has been participating in limited-overs format. The decision also came under strict criticism by several former players and legends.