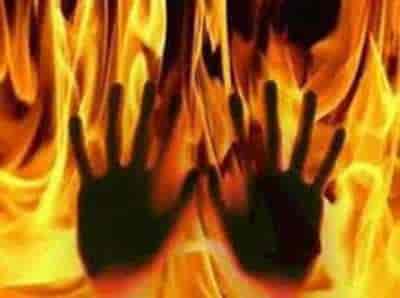 A woman who allegedly set herself ablaze two days ago at her home in Ganderbal district, succumbed to her injuries at SKIMS Soura on Tuesday.

An official told a local news agency, Kashmir News Observer (KNO), that the woman, hailing from Giraj village, allegedly set herself ablaze after pouring kerosene oil over her body on Sunday.

He said that the woman had suffered grievous burn injuries and was rushed to a nearby hospital, where from she was referred to SKIMS Soura for specialized treatment.

The official said that today morning, she succumbed her injuries at SKIMS hospital, while the reason behind her taking this extreme step was being ascertained.

He added that a case has already been registered and further investigation was going on in this regard. (KNO)